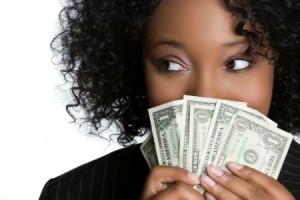 There are usually two things people recommend when you’re working on paying off debt: spend less and make more.

Spending less is usually the easy part, but it’s the earning more that often has people in a quandary. Of course we want to earn more money, who doesn’t?

When paying off debt, many people look toward getting a second job or freelancing on the side in order to earn more money. But what about looking at your current day job for help in making you earn more money too?

Oftentimes, people will overlook asking for a raise because they’re scared of getting told “no.” But fear should hardly ever be a reason for stopping you from asking in the first place. After all, the worst they can say is “no.”

And wouldn’t it be awesome if they actually said “yes”? Here are some tips on how to negotiate a raise.

Start with How You’re Valuable

The very first step in negotiating a raise successfully is by scheduling a meeting with your boss. Start this meeting off by telling your boss how valuable you are to the company and how you have helped increase the company’s value in general.

List your most recent and valuable accomplishments and tie numerical values to them if possible—a lot of bosses like numbers. For example, did you help land a large client that has increased the company’s output by 5%? Did you plan a large event and stay below budget? Have you reduced company expenses by 10% since your employment? Have you streamlined processes?

These numbers and values are important to get your boss intrigued and sense your value to the company.

Make sure you have a set number you’re asking for. By checking how your salary compares with the industry, you’ll have a better chance of getting compensated properly if you can prove you’re being underpaid. Perhaps you may even have more luck by stating a range that you’re thinking of. Go with what you think would work best with your direct supervisor.

Have a back-up plan

If you’re turned down initially and given no future incentive, ie. Re-visit a raise in six months or so, then have a back-up plan. Perhaps you can ask for some additional vacation time in the meantime, or a more flexible working schedule. Some companies are more willing to part with non-monetary bonuses that won’t affect the bottom line.

If you are told that they will re-visit the raise at a later time, put the date on your schedule now so you remember to schedule a follow-up meeting. Too often, supervisors will put it off and forget about it rather than make it a priority.