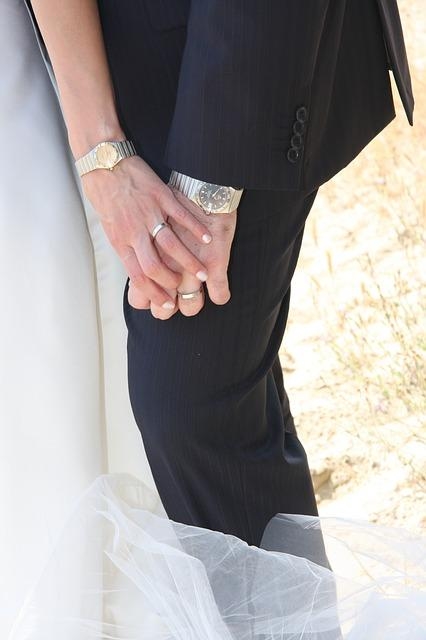 Like any other couple who has been together for years, my husband and I nitpick and argue from time to time.

However, there is one topic that we haven’t fought about in all the 8+ years we’ve been together, and that topic is money,

Either way, it just seems to work, and here’s why I think we’ve made it this far without too much strife:

1. We Have Regular Family Meetings

About twice a month, I meet with my husband and tell him the state of our finances. Some day, I hope that we can be both be actively involved in running things, but with the way his current schedule works, it just makes sense for me to do it and not him. Plus I’m better at it but you didn’t hear that from me. 😉

Still, he has a right to know how much money we have in our accounts, how we’re doing, and where we need to cut back. He doesn’t spend a lot of money at all, so sometimes I even gently remind him that he can buy a cookbook or something if he wants to.

Even though my husband rarely spends money, he is not as much of a planner as I am when it comes to expenses. And, that’s okay. It’s just something I had to get used to. He might go four months without even touching his fun money and then tell me he is in need of a new pair of running shoes. Now normally, that’s not a problem, but for purchases $100 and over, I like to think about them and plan for them ahead of time.

I have learned over the past few years that I just need to put a little bit away for him every month because sure enough there’s an espresso machine or new shirts for his work or something that will come up after a long period of no spending. I hate to tell him no when he works so hard, so this has turned out to be the best compromise.

3. Let The Other Person Win

When it comes to finances, the two of us are usually in pretty solid agreement. However, sometimes I want to pay things down too aggressively, and he’ll occasionally put a stop to the madness. Instead of acting like I am the finance blogger and I own the budget, I’ll usually let him win from time to time when it comes to really big decisions. This shows a lot of respect for him, which dudes seem to like, and it also shows that one person doesn’t run the show.

We also like to consult each other if we’re going to spend over $50, we both text in our expenses to an online program, and we both know the state of our loans and income. Ultimately, I think constant communication is key. It’s worked for us; hopefully it works for you!

How do you avoid money arguments with your spouse?