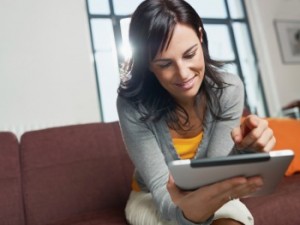 Most people, at some point in their lives, have suffered from not having enough money. It may seem like you’re working nonstop and no matter what you do, there is never enough money to go around.

For some people, not making enough money may be due to unexpected job loss, perhaps a job demotion. For others, you may be a recent college graduate and are trying to work your way up that pesky never-ending corporate ladder.

Whatever the reason may be, it’s hard to not get a permanent chip on your shoulder and feel down on your luck when you feel like you’re living paycheck to paycheck and there doesn’t seem to be an end in sight.

I know, because I’ve been there. So if you’re looking for some inspiring words, here is my best shot:

Consider this hardship in your life as one season. Everyone knows that seasons don’t last forever, even though there may be some terribly long winters. You won’t be broke forever, as long as you keep working hard and paying your dues. Eventually, the balance on your loans will shrink, your debt will be paid off, and you’ll be earning and saving money instead of paying for your past. Don’t give up hope and keep the end goal in sight.

Maybe you’re working 80-hour weeks spread out across three different jobs and you’re simply wiped out. Figure out a way to work smarter and not harder. Make sure you’re using all your resources efficiently. At one point after recently graduating college, I was working seven days a week among four different jobs. Eventually, I cut out the jobs that weren’t paying as much, and focused harder on the ones that were.

Set your own milestones

If you’re only milestone is to be making more money, you’re going to be unhappy until you get there. Learn to find happiness in the journey and not the destination–as impossible as that may seem. Set up little milestones that are attainable in the short term that will help you feel like you’re reaching accomplishments on a regular basis.

Focus on a solution

If you’re still feeling overwhelmed by bills and the lack of money, focus on the solution to lighten your problem. Do you need to make more money? Do you need to spend less money? Do you need to reduce expenses? Could you move in with family temporarily? Could you sublet a room in exchange for housework? Too often we get bogged down in our problems that it’s difficult to even think that there is a way out of the mess. Stop feeling sorry for yourself and instead come up with a solution.

Most importantly, remember that everyone goes through bad times in their lives. You’ll eventually make more money if you keep working.