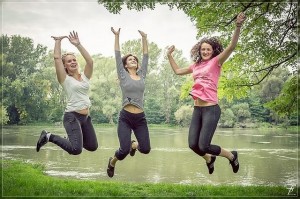 Back when my husband and I were working on paying off our $45K in debt, I would often read others’ pay-off-debt stories and be fascinated.

Everyone makes financial mistakes and oftentimes people will find themselves in some sort of debt for various reasons (education, health, consumer spending, etc). But these people made real sacrifices to reach their ultimate goal of being debt-free.

When you’re stuck in the middle of paying off debt, a debt-free date can seem like a unicorn and it’s really hard to maintain that kind of tenacity and self-restraint to reach your goals. There’s a reason most New Year’s resolutions only last a few weeks…

But for the people who paid off debt, that debt-free date means one thing: financial freedom.

And everyone will tell you: it is incredibly hard but so worth it.

Here are five inspirational stories from real people who paid off debt.

5 People Who Paid Off Debt

Rachel Gause is a single mom of three who had racked up almost $180K in debt, mostly consumer debt.

She got serious about paying off her debt in 2006 and expects to have all her debt paid down by November 2015. She currently has $21K left.

After seeing how her debt was crushing her, she switched to an all-cash budget and took control of her life.

Stephanie Hood accumulated $90K in student loan debt, but managed to pay it off within three years thanks to major sacrifices. She gave up her studio, and moved to a cheaper neighborhood with a roommate. She cancelled cable, the gym, switched her cell plan, and stuck to free entertainment.

And while she didn’t completely give up on her travel dreams (and who can blame her), she did choose cheaper countries, like Peru and Malaysia, where the exchange rate worked in her favor.

To add to her $50K annual salary, she got extra jobs (we like to call them side hustles), such as mock jury, mystery shopping, focus groups, and babysitting.

Anna Newell Jones was $23K in debt, thanks to credit cards, student loans, and a personal loan. Her solution? A one-year spending fast that eliminated spending money on anything that was non-essential.

In 12 months, she managed to pay off $18K; it took her three additional months to pay off the rest. Today, she’s a debt-free homeowner.

Jamie and her husband paid off $70k of debt within a year. After paying off their debt, she was able to stay home with their son and now works 20 hours a week as a business coach.

The Paleo Mama was able to pay off $27K of debt in six months. She woke up one day and realized they had a mountain of “normal” debt: car loans and student loans. Most Americans view this debt as normal, but she realized it was just holding them back.

They got serious about budgeting, cut back on everything, and eventually severed their dependency on loans.

These are real people with real salaries and real debt that managed to get their act together and pay off debt. You can too.