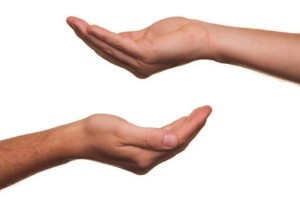 After a night of bar-hopping celebrating her birthday, 26-year-old Gabby woke up and realized she had paid $360 for an Uber taxi ride the night before. Because of this huge bill, she would no longer be able to make her $450 rent.

Desperate, she pleaded on the crowdfunding site GoFund.me to help her raise enough money to cover rent.

What does this story say about the internet? Are we suckers for a good “help me” story?

My first thought when reading this story was that Uber obviously screwed up. When I found out that there was a mark-up for Halloween pricing, I realized it was still outrageous.

That being said, what kind of a 26-year-old working two restaurant jobs and as a freelancing journalist doesn’t have an extra $500 lying in savings somewhere?

Why do we reward financially irresponsible behavior?

It’s not up to me to decide where you get to put your money toward. But perhaps we need to be more vigilant as to how we put our money toward charity cases.

Take as another example, the Southland woman who raised thousands of dollars through Facebook to help battle cancer—except she didn’t have cancer.

Another woman—not that long ago— was able to raise $30K to fight a cancer she didn’t have. She even lied to her own children, ranging in ages from 5 to 18, who all believed their mother was dying of cancer.

How to Give to Charity Wisely

At this point, and especially at this time of year, it seems we are being asked left and right to donate to worthy causes.

And worthy they are, for the main way to get people to open their wallets is to pull at their heartstrings.

Americans are known for their charity—95.4% of households give to charity, with the average household contribution coming in at a whopping $2,974.

We all have dollars to give, but if we’re giving to the people who are flat out lying of their intentions, then we’re derailing funds from other causes.

Like any part of our budget, it’s important that we start to take a closer look at where our charitable dollars are going rather than being an open-limit ATM.

Be Cautious: We all see the stories through social media, and it’s fine if you want to help out the little guy. But instead of giving to a random stranger, try and choose someone that you at least know through an acquaintance or from a first-hand account you trust. Granted in the case of the cancer fraud artist, she appealed to her friends and family as well. So it’s always good to be extra careful—and never give out personal bank information.

Research your charity: Find out how much of your donation actually goes to charitable causes and how much of it goes toward overhead and personnel costs. Nonprofit services like GuideStar offer information on charities and their finances. A simple Google search will oftentimes turn up any questionable content.

Get recommendations: Oftentimes, your close friends and family will be more than happy to provide you with a list of causes they strongly support. This is a great place to start to find reputable organizations. But always be sure to do your own research before handing over your credit card.