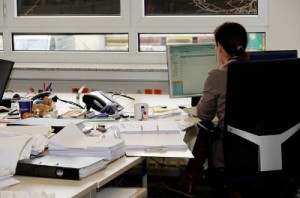 Are you worried because you’re not getting promoted?

With a competitive job market, and more people willing to do more work for less money, it’s no wonder that it’s getting harder and harder to get promoted. There is so much cheap talent available that in order for an employer to cough up some extra money and get you that coveted promotion, you’re going to have to work really hard for it.

Sure, you may think you’re doing a stellar job, but your employer doesn’t—and that’s what matters.

To be fair, an employer isn’t willing to risk losing a stellar employee.

You’re Friends with Your Boss

You may think being friends with your boss is a good thing—and in many case, it can be. But the issue arises, when you start treating your boss like a friend and not, well, your boss. They may be a very friendly person, but in the end, your boss is still your boss.

And it’s important to remember to maintain a certain level of respect for your supervisor.

You Have a Bad Attitude

Are you the negative Nancy at your work? While your work may be, in fact, stellar, nobody wants to promote a Negative Nancy. Having bad attitudes on a work team can wreak havoc on production, especially if that person butts heads a lot with others.

If you’re the person that makes everybody feel like they have to walk on eggshells, chances are nobody wants you as a boss either.

Everyone gets sick every now and then, but if you’re frequently calling in sick every month for random excuses, it’s time to reevaluate. Those random sick days, and rampant tardiness is definitely being noticed, even if they don’t tell you directly to your face.

You Aren’t Up to Date

How are you doing with your technology and skills? When was the last time you took a training course?

Supervisors want to make sure you that you’re up to date and keeping up with all the latest industry news. Search for trainings on your own and then present them to your boss. Even if there is no money in the budget, they will appreciate that you take the initiative to brush up on your skills.

You Only Do the Minimum

Securing a promotion isn’t as easy as simply doing your job. In order to land a promotion, you need to actually go above and beyond your work load. This means volunteering for projects, offering to take on extra work, helping on tasks that no one else wants to do.

Show your boss you’re a team player, and chances are you’ll be rewarded when you ask for that promotion.