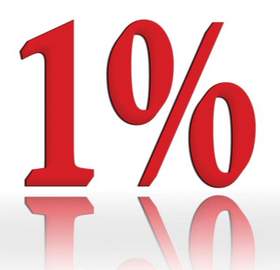 To the critics who thought that Barack Obama was going to be a lame duck leader during his last two years in office, it might be true that your respective goose might just be cooked. If anything, it seems like the mid-term elections, and the Democratic defeat at the polls, have reenergized the President and given him more confidence to go after some pretty big changes that have only been danced around for the past several years. And there is no denying that Obama is eyeing certain groups when it comes to the changes that he is committed to making.

One percenters—we are talking to you. The change that Obama is proposing is going to come from your pockets—and will target long term estate planning and living trusts, says living trust attorney Max Alavi from an Orange County based living trust firm.

In the recent 2015 State of the Union, President Obama made his objectives quite clear: The wealthiest Americans have not been paying their fair share during Tax time and that needs to change. One of Obama’s most aggressive new tax proposals comes in the form of eliminating stepped up basis, also known as “the single largest capital gains tax loophole.” Here are the facts about stepped up basis:

Keeping these factors in mind, Obama is proposing the following:

The President is also proposing that capital gains and dividend rates be increased for the wealthiest Americans—up to 28 percent instead of the current 20—thereby returning these rates to what was present when Ronald Reagan was president. It’s important to note that this doesn’t affect the Average American Joe—only couples who earn more than $500K annually are going to feel the change.

While these reforms have been met with some pushback from Republicans (and even a couple Democrats), it is expected that if Obama can get these initiatives passed, this new tax policy will generate over $320B in new revenue—not exactly what we would call pocket change.