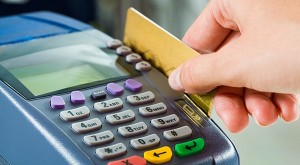 This post is brought to you in association with Barclaycard.

Some stats released earlier this year have revealed a rise in consumer spending as the improving economy begins to feed through into people’s wallets.

How much did we Spend?

After a significant improvement in the third quarter of 2014, spending in the fourth quarter grew by 4.3% year-on-year – a rise of 0.1 percentage points. The consumer survey offers further evidence of a favorable outlook, with almost half (43%) of respondents saying they plan to spend more in early 2015, a promising sign for the future.

In the early autumn of 2014, the prevailing wisdom was that we were in the midst of an economic recovery, but that consumers were still not feeling the benefits. At the end of the year, however,  perception seems to have finally caught up with reality. Lower inflation and stronger wage growth mean Brits are now more likely than not to feel confident in their personal financial situation. After years of austerity, many are starting to consider purchasing luxuries for themselves and their families. Consumers are also thinking about big-ticket items, such as holidays and new furniture.

On the surface, it seems like the recession is behind us. The global financial crisis, however, has left consumers with a greater demand for value.

Spend, but also Save!

Of course, all this good fortune shouldn’t get in the way of developing a healthy savings habit. If anything, it should be encouraging you to save more – given that you could well have more disposable income in the foreseeable future, why not put some of it in a savings account? It may not be as exciting as splashing out on that must-have gadget or treating yourself to a weekend away, but it’ll pay dividends in the long run.

Alternatively, you could use your new-found financial liquidity to pay down your credit card debt or clear that overdraft – best of all, these options will all leave you with more cash to enjoy in the future! So, make the most of being able to spend, and as long as you stay sensible, you can reap the rewards for the long term.