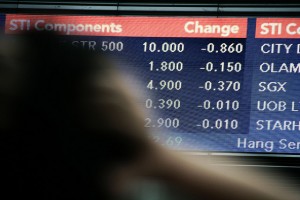 The numbers are in for the first quarter of 2015 and they aren’t looking promising.

It’s looking so rotten that the Federal Reserve Bank of Atlanta just cut its growth projection to zero for the first three months of the year. That’s a big drop from the 1.9% growth forecast they started with in early February.

Of course, this is only an estimate. The official data on first-quarter growth will be released April 29. But it’s yet another sign of the cracks appearing in the economy in a year when America was supposed to be the global growth leader.

What went wrong? Blame the weather and the strong U.S. dollar.

Find out more about the stagnant U.S. economic growth at CNN Money.