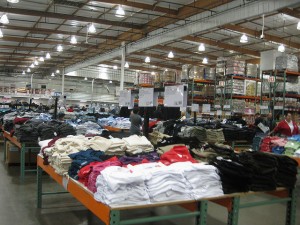 Costco’s latest annual report showed that nearly 32% of it’s annual income is generated in California, with more than 70% of sales coming from the United States.

According to the report, the Golden State has “a larger percentage of higher volume warehouses as compared to our other domestic markets,” Costco warned. That’s important because “any substantial slowing in these operations” would have an outsized effect on the company’s overall results.

None of this is to say that shareholders should lose sleep over this geographical concentration risk. Costco is simply succeeding in an area of the country that has grown rapidly. But Costco’s California dependence is something to keep in mind as you consider the retailer’s overall business results.

Find out more about Costco’s concentration risk at The Motley Fool.