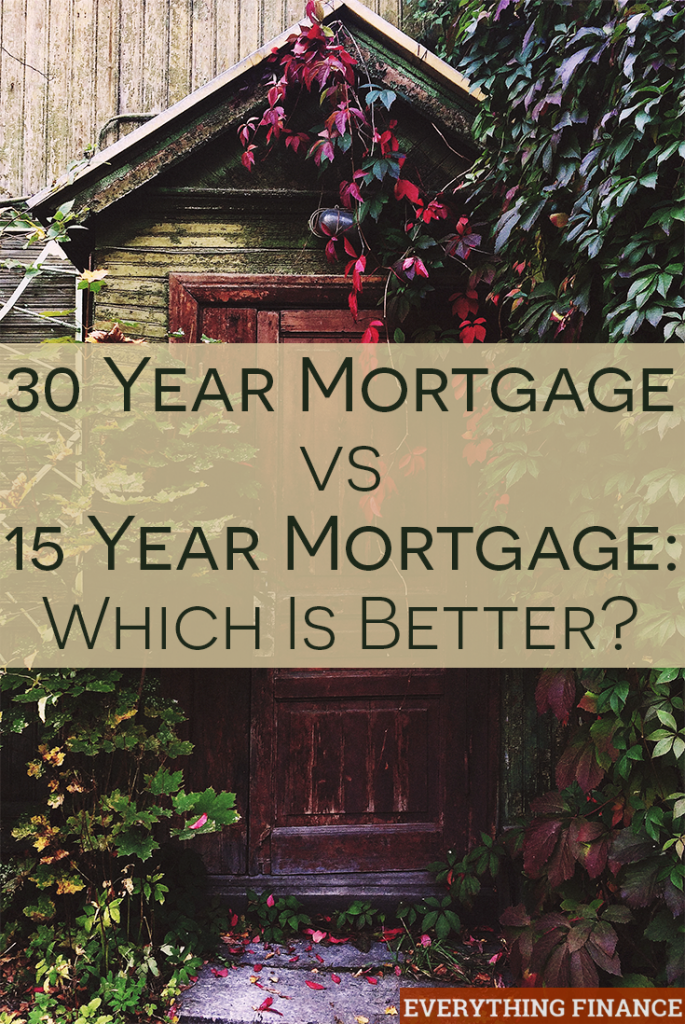 I’ve always been a big proponent of the idea that if you have to finance something, then you can’t afford it. However, I don’t think that’s necessarily true when it comes to financing a house, as long as you’re not going in over your head.

Why? Because after you move out of your parents’ house, you’ll always have to pay for somewhere to live, whether it’s through renting or owning. It’s not always a bad plan to mortgage an affordable house (if you’re ready) that’s within your budget with a fixed rate mortgage and a low interest rate. You just have to be smart about it, and part of that is deciding what kind of mortgage term you want.

The mortgage term is the length of your loan, and the longer the term, the more interest you’ll pay over the life of the loan. Typical fixed rate mortgage terms are 10, 15, 20, 25, and 30 years in length, and the rate threshold typically only changes when you get to 15 years or less. (i.e. Rates for 30, 25, and 20 years typically match as do the rates for 15 and 10 years.)

Not sure whether you want a 30 year or 15 year mortgage? We’re going to look at numerical examples and review the pros and cons of each so you can make the decision that’s right for you.

Let’s Start With An Example

Because the differences in the monthly payments and total payments over the life of the loan are vastly different, we’ll start with an example.

You’re going to pay a lot of interest either way, but the 15 year loan saves you a staggering $60,000+ in interest alone, and you’ll have it paid off in half the time of a 30 year note.

If you want to take a look for yourself with your own numbers, try putting your own scenario into a mortgage calculator to get a clearer picture of your options.

What Do the Majority Do?

In my history of being a mortgage broker, it was no surprise to learn the vast majority of people opt for the longest term possible, 30 years. I’m sure if longer terms were available, they’d be just as popular. I would say 90% of the loans I did were 30 year terms, and the remaining 10% were typically on a 15 year term.

Many people get caught up in only being able to afford the minimum house payment on a 30 year loan and never consider how long it will take to pay it off. After all, 30 years is a long way down the road. It’s hard to imagine where you’ll be in life, but who wants to think about still paying on a mortgage 30 years down the line? (I certainly don’t!)

Don’t just think in terms of the lowest possible payment. You have your future to consider and, if you’re like me, you might not want to think about still making that mortgage payment decades from now.

A 30 year mortgage definitely has its benefits, though. You can enjoy a lower mortgage payment to free up money for other investments or to have extra room in your budget, but the trade-off is paying a great deal more in interest over time. You’ll be paying a lot to borrow that money for that amount of time.

A 15 year note, in my opinion, is the much better option because it allows you to pay off your home faster, resulting in debt freedom in a decade and a half and much less interest paid to a bank.

Which is better - a 30 year #mortgage or a 15 year mortgage? The results may surprise you! Click To Tweet

Many people opt to take a longer mortgage term for a lower payment so they can invest their extra money instead of paying down their house. A great many personal finance bloggers subscribe to that idea, and that’s a plausible plan for many. The idea is to (hopefully) earn more interest in investment returns, but what it doesn’t take into account is the risk involved with investing your money.

Investing your money involves risk whereas paying down your mortgage guarantees you a return in the amount of your interest rate. It’s future interest you won’t be paying.

If you choose to get a 30 year note in order to free up money for investing, you must also have the discipline to actually move that money to other investments as opposed to spending it on other items in your budget such as eating out or shopping.

Since personal finance is personal, though, everyone clearly has different financial needs and tolerances for risk, so the decision is entirely up to you.

If you decide you want to be aggressive and pay off your mortgage as quickly as possible, you may find that you have to give certain things up, such as going out to eat, driving a new car, or your shopping habits. I find that giving up any of those luxuries is worth it to be completely debt free. However, what you don’t want to sacrifice to pay off your house quickly is saving for your retirement.

The beauty of saving for retirement in a 401k or IRA is that the compounding interest you accrue adds up exponentially, and the earlier you start saving, the easier it is to build wealth.

I would never suggest paying off a house if it means not saving for retirement. At an absolute minimum, you need to contribute enough to at least meet your employer’s match (if there is one) since that’s free money and an automatic 100% return on your investment (which rarely happens). Don’t sacrifice saving for your future just to pay down a low interest mortgage.

How Much of a Payment Can You Afford?

When I ask how much of a payment you can afford, I, of course, don’t mean how much does the bank say you can borrow. That number can vary greatly from how much they say you can finance and how much you’re actually comfortable financing. Think about it in these terms: do you want to worry about facing foreclosure if you or your spouse lose your jobs?

With this in mind, it’s not a bad idea to consider what you can afford to pay off in 15 years or less. If the 15 year payment scares you, opt for a 20 year instead to give yourself a little breathing room.

The Mistake I Made

You would think that as a previous mortgage broker, I would know exactly what to do and what not to do when it comes to mortgages, but with my last mortgage, I followed the herd and did what most people do. I went with a 30 year note and have been paying for it (literally) ever since.

Luckily, we locked in at such a low rate that refinancing wouldn’t make sense today (due to the additional closing costs we would incur), so instead of lamenting over our bad decision, we decided to go hard core and double or triple each mortgage payment. This will ensure a much earlier payoff date. Because we have paid so much down on principal, we won’t lose nearly as much money to interest in the long run if we had paid the minimums every month.

If you’re in the same situation and considering refinancing (if you’re already locked in at a low rate), it may not make sense at this point. Run the numbers to see if simply doubling your payment would give you the same benefit as opposed to refinancing to a 15 year mortgage and incurring additional closing costs.

My Advice – Aim to Become a True Homeowner

My advice is always to pay off your mortgage as quickly as possible to be completely debt free. However, if you want the security of the lower, 30 year payment, and you have the discipline to pay it down as a 15 or 10 year mortgage, then go for it.

I subscribe to the idea that you shouldn’t buy a house you can’t afford to finance on a 15 year note, but that’s my own personal preference. I like the idea of not overextending yourself, especially when it comes to real estate, which is likely to be your biggest expense. Leave room to budget for life and a nice financial future instead of worrying about making a mortgage payment for the next 30 years of your life.

Challenge yourself to take on as low of a term as you can comfortably manage, and focus on paying off your mortgage so you can truly become a homeowner.

If you’re ready to buy a house, sit down with your mortgage broker and ask for several different truth-in-lending statements so you can see the differences in each term. The interest payments over the life of the loan in each scenario can be vastly different and pretty eye opening as to how much we pay to finance our homes.

Your truth-in-lending statement is one of the most valuable forms that your broker will give you because it shows a lot of information, namely the amount of interest you will pay over the life of your loan.

Whatever you do, don’t forget to shop your interest rates. If you can spend three or four hours shopping for boots, but decide to go with the first (and only) mortgage broker you speak to, then you are only hurting yourself.

Even if you only get an eighth of a percent better, you will save thousands over the life of the loan — that’s decades of savings just from shopping your rate. Be prudent and shop around if you want to get the best deal.

What mortgage term are you considering? If you already have a mortgage, what term did you choose and why?