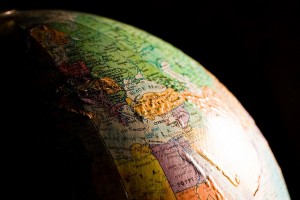 According to a new report, the U.S. and world economic growth projected for the remainder of 2015 is expected to be lower than what was originally thought.

The Organization for Economic Cooperation and Development (OECD) gave the global economy a “barely passing grade of B-.” That’s hardly the mark that workers and politicians want to see.

In March, the OECD was projecting 4% global economic growth for 2015. But it slashed that to 3.1% — which would be less than the 3.3% growth the world saw last year.