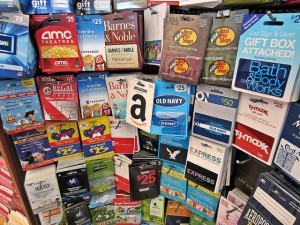 The FBI recently released a statement warning that gift card fraud is on the rise.

In the secondary market, where consumers are able to get cash for cards that they don’t want and buy ones they do at a discount, an increasing amount of fraud has been reported, the FBI said through its Internet Crime Complaint Center.

The FBI said it has seen scams that involve both buyers and sellers on auction sites.

In one version, the victim pays for gift cards that don’t exist. In another scam that has been reported on both auction sites and secondary market sites, crooked buyers stop the payment after receiving the PIN that allows them to use the gift card. That leaves the seller with nothing to show for the sale.