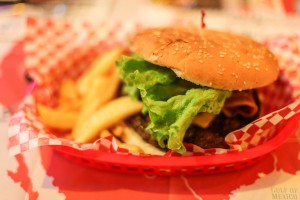 The debate over raising minimum wage in the United States continues.

Right now, 29 states have minimums above the federal $7.25 an hour. Four cities, including Los Angeles, have doubled their minimum to $15.

Rebecca Cornick, a 61-year-old grandmother, has been working at Wendy’s for nine years. She started at minimum wage and was bumped up a few years ago to $9 an hour.

“I believe that anyone who has a job and works full time, they should be able to pay the things that sustain life: food, shelter and clothing,” Cornick says. “I can’t even do that.”

“The reality is that most business are not going to pay $15 dollars an hour and keep their doors open,” says David Sutz, who owns four Burger Kings in New York. “It just won’t happen. The economics don’t work in this industry. There is a limit to what you’re going to pay for a hamburger.”

Find out more at CBS.