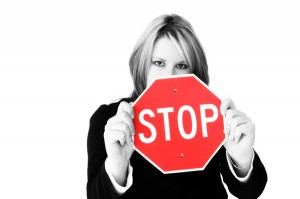 The secret to saving your home is that there is no magic wand and many of those companies promising load mods and foreclosure prevention have turned out to be frauds. Severely distressed homeowners have been promised the moon and the sky, desperately believing in a savior, only to find the shysters running off with thousands of dollars that might have been used to actually save their home. The Federal Trade Commission (FTC.gov) has been cracking down as fast as they can, however, they find out about fraudulent companies after the homeowners have been bilked and have lost their homes.

Wonder what having 3.7 million foreclosures waiting in the wings will do to the real estate, stock and bond markets and recovery?

Don’t let the recent foreclosure report fool you. In April 2011, foreclosures were down 34% from a year ago, at 219,258 foreclosed U.S. properties compared to 332,209 in April 2010. However, that is not because fewer homeowners are in trouble. It is that banks are so backlogged they can’t keep up. As James J. Saccacio, chief executive officer of RealtyTrac, puts it, “This slowdown continues to be largely the result of massive delays in processing foreclosures rather than the result of a housing recovery that is lifting people out of foreclosure.”

So how many more homes will be lost this year? According to Saccacio, “Data from the Mortgage Bankers Association shows that about 3.7 million properties are in [a] seriously delinquent stage.” This likely means that there will not be much upside in real estate values until 2013. 13 million+ homes could be foreclosed on before this real estate correction is over.

Pete Flint, co-founder and CEO, Trulia, also believes that we have at least 18 months to go before prices stabilize. “Most Americans, as our latest survey revealed, overestimated how quickly the housing market would bounce back,” Flint said. Flint expects the rest of 2011 to be volatile for real estate.

However now still might be a good time to buy a new home or some cash-positive income property. According to Flint, “On the flip side, mortgage rates won’t stay low forever and even if home prices continue to fall for a bit, now is still a good time to enter the housing market.”

So, the bottom line is that real estate remains underwater and under attack. With a minimum of four million homes still in trouble, prices in real estate will continue to drop. However, with interest rates still at a 40-year low, the actual cost to finance your purchase could be far lower now than it will be going forward. Now could be the best time in years to buy — particularly for anyone looking at cash-positive property and a holding horizon that is longer than seven years.

If you are one of those unfortunate people who has been caught with a home you can’t afford that is worth less than your mortgage, there might still be hope. HopeNow.com reports that there were 1.76 million permanent loan modifications in 2010. Call 1-888-995-HOPE or visit http://hopenow.com/ to work with HUD-approved counselors. The HOPE NOW Alliance includes a number of counseling organizations, which consists of all HUD Intermediaries that have affiliate offices across the United States. The organizations provide homeowners with in-depth debt management, credit counseling and overall foreclosure counseling.