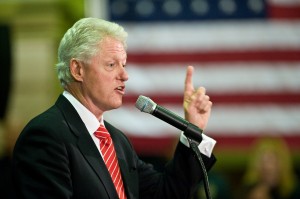 The financial documents showed Mrs. Clinton and her husband earned $139 million in adjusted gross income over the past seven years, including $28 million last year, when they paid an effective tax rate of more than 35%. The release coincided with a voluminous release of Clinton emails from her time as secretary of state.

The disclosures helped illuminate both her personal finances and some lingering questions regarding her health. According to a Clinton aide, they were designed to demonstrate the campaign’s commitment to transparency at a time when Mrs. Clinton has faced criticism over secrecy.