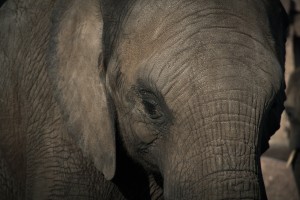 The U.S. has proposed a ban on ivory trade to help the declining elephant population.

If elephants disappear from the wild, two countries will largely be to blame — the U.S. and China, with consumers in both countries feeding skyrocketing demand for illegally poached tusks.

“In China, a small amount of ivory can go for $1,300 — a pair of tusks can go for $20,000. It depends on what stage — it’s cheaper when sold to a middle man. Carved, it can sell for tens of thousands of dollars,” Wayne Pacelle, president and CEO of the Humane Society of the United States, told CBS MoneyWatch.

In China, where ivory has for centuries been used to make carvings and jewelry, many believe obtaining the material is like extracting a tooth, with no harm done to the elephant, Pacelle added.

In fact, one of the mammals is killed every 15 minutes for its ivory. In 2012, an estimated 30,000 elephants were killed for their tusks.