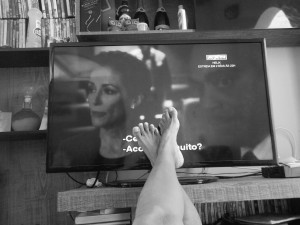 Apple recently announced plans to step into the streaming game, which is likely the cause of an 8% drop in the price of Netflix shares.

Apple has been reaching out to high-level people in the entertainment industry for confidential talks, an executive familiar with Apple’s plans told CNNMoney’s Brian Stelter.

Apple is assessing whether it should start producing its own original shows and movies. The company could also be looking to buy existing entertainment from Hollywood studios.