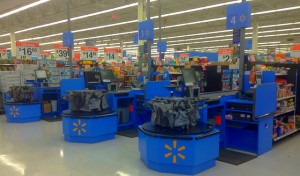 In order to cut costs and remain competitive, Walmart has cut hundreds of jobs.

Walmart laid off 450 workers at its headquarters Friday as the world’s largest retailer attempts to become more nimble so that it can better compete with the likes of Amazon.com.

There are more than 18,000 people who work at the headquarters in Bentonville, Arkansas, a close knit community in Northwest Arkansas. The cuts were across all areas, from finance to global e-commerce. The company says that the employees were spoken with individually early on Friday.