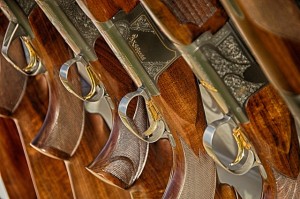 After Sandy Hook, investors wanted gun makers to be targeted for producing the weapons used in the crime, but if rising sales are any indicator, the move was unsuccessful.

“Right after Sandy Hook, the single most important watershed event in the industry, we had high-profile endowments and state pension funds saying they wanted to divest,” said Rommel Dionisio, an analyst at Wunderlich Securities. “The other thing was a dramatic surge in the sale of firearms.”

Unlike after previous shootings, shock over the Sandy Hook massacre shifted investor sentiment toward firearms manufacturers. The companies began to be thought of as “sin” stocks, or companies involved in alcohol, tobacco and gambling. That designation, while unofficial, reflected the renewed public focus on gun makers and their role in a seemingly endless string of mass shootings, along with more commonplace violence.