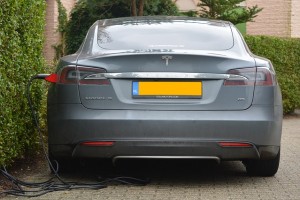 Tesla Motors, an electric luxury car maker, posted strong sales last quarter despite being shut down for a week before the release of it’s new model.

Tesla announced it delivered 11,580 cars in the quarter, virtually of which were the Model S sedan. That’s basically unchanged – up only 0.4% compared to the second quarter. But its sales jumped 49% above the same period a year earlier.

Unlike most other automakers, Tesla does not report monthly sales, only quarterly sales totals.