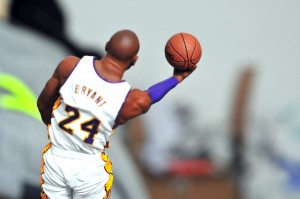 NBA great, Kobe Bryant announced he will retire, and it will cost you some money to watch his last game.

Kobe’s Bryant’s final NBA game is four months away, but ticket prices are already on the incline. Prices for the last game have nearly tripled to $1,388.60 in the 14 hours since Bryant announced his retirement, according to ticket price tracker TiqIQ.

Tickets were already going for an average of $478 even before the announcement Sunday night due to speculation that this would be Bryant’s last season. The cheapest ticket listing for the April 13 game against the Utah Jazz is $552. The most expensive ticket is courtsude for $11,700, located right behind the Lakers’ bench.