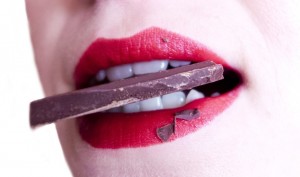 A chocolate factory in Meriden,CT has nearly been in business for a century and a half with no signs of slowing down.

For Thompson Chocolate, the holiday season and the run up to Easter is its busiest time of the year.
“We produce 2.5 million pounds of chocolate annually,” said CEO Gene Dunkin. “That’s equivalent to the weight of eight Carnival Dream cruise ships.”

The Thompson Chocolate factory, housed in a 120,000-square-foot building that’s over a century old, is a fixture in the town of 60,000 residents. It currently employs more than 100 people, half of whom live in Meriden.