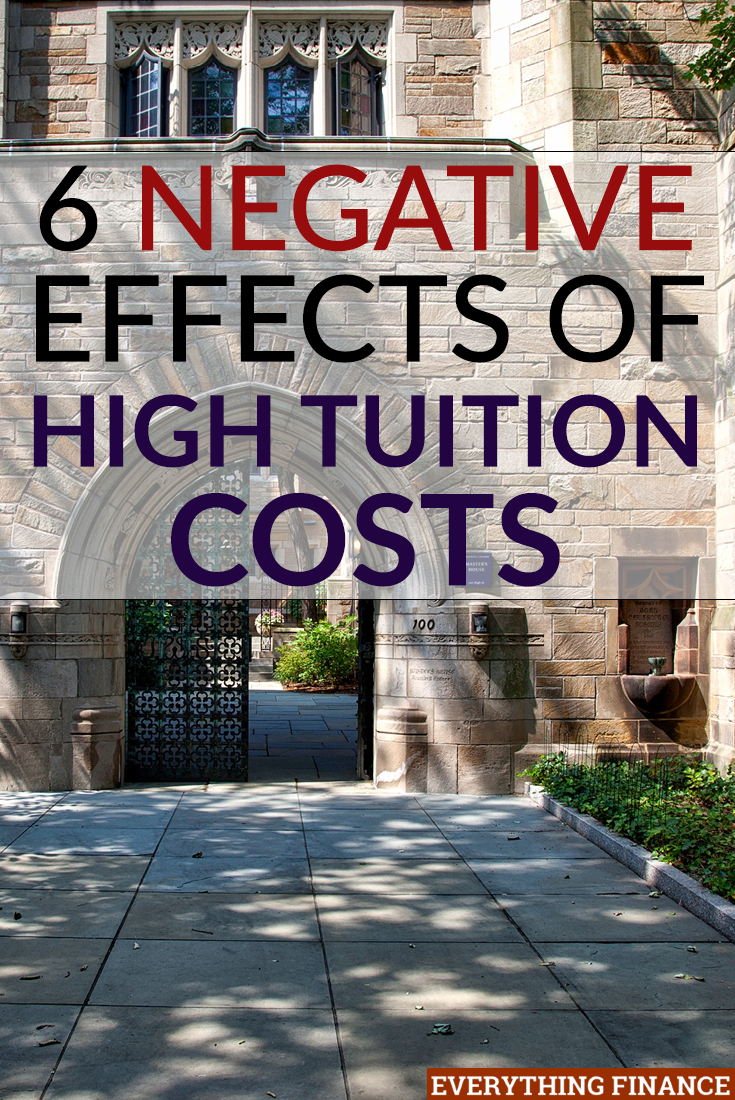 Although college has never been thought of as a cheap investment, the cost of tuition constantly seems to be on the rise.

Unfortunately, in today’s society, not receiving a degree can hinder one’s career trajectory. Hence why so many young adults take the hit and opt to go into thousands of dollars worth of debt in order to receive a higher education.

While those costly fees may result in a cozier and more prestigious place to live for four years, the skyrocketing price isn’t always a good thing.

It would be incorrect to say that this is only because of tuition cost, as our culture has seen a shift in its views on when one should get married. However, the high cost of college has played a large part in young couples waiting longer to get married.

For starters, there’s the wedding. No matter what you try to do to cut costs, weddings are still expensive. There’s almost no way to avoid it.

Furthermore, the idea of supporting one another and possibly taking on each others debt doesn’t exactly sound appealing or feasible for many young couples.

Most couples decide that it’s better to wait to get married until their student debt is paid down and they can begin saving money for a wedding and life together, which ultimately means that the average age at which people are getting married has significantly risen.

Like any other large expense in one’s life, it’s usually a smart idea to begin saving money before purchasing something. However, if you’re already saddled with thousands of dollars in student loan debt, setting money aside to purchase anything, let alone a house, can seem impossible.

A mortgage is a large commitment and many graduates already find themselves paying large amounts each month without taking that on as well.

With large amounts of debt, many former students may find themselves struggling to pay for basic necessities, which makes renting a home sound like the more plausible option in the long run.

For some students, a high tuition cost doesn’t mean they’ve given up on a degree, it just means they might do it in an alternative way. Many students are unsure as to what field they’d like to go into in the first place, which can make paying big dollars sound irresponsible.

So instead of spending four years at a larger institution, many students opt to go a cheaper, and at times, more flexible route by enrolling in a two-year college.

Moreover, since every traditional school requires you to take prerequisite courses before you focus on your major alone, many students decide to save money and take those basic courses at a two-year institution before moving on to a larger school.

Unfortunately, while it might save them money in the short-term, it can cost them in the long-term. Many students don’t check to see if their credits will transfer to a four-year college before completing their courses. By the time they find out they don’t transfer, it’s often too late, which means they might have to re-take the courses at the college they transfer to.

This is true in a couple of ways. One being that graduates are not only having children later in life, but having fewer of them as well. If graduates are delaying marriage due to debt, you can bet they’ll delay having children until they feel financially stable. And even then, the idea of having more than one child can be financially overwhelming until you feel your debt is under control.

Furthermore, our generations loan debt may make college seem far-fetched for the millennial generations offspring. If millennials were lucky, their parents assisted them at least a little with college tuition.

However, if they find themselves with loads of student debt, the idea of saving money for their own child’s education can again, seem impossible. This, in turn, will cause their children to take out massive loans. Overall, it seems to be a never-ending cycle.

While many students head off to college, they may quickly find themselves overwhelmed by the cost. This is especially true of part-time students who are trying to work to pay for their schooling. They may begin to feel that they need to work more to accommodate the high cost, only to find themselves drowning in their schoolwork.

However, full-time students aren’t necessarily better off. For the majority of college students, completing their degree in four years isn’t possible, as it seems that each degree possesses a mountain of requirements to complete it.

Of course, the longer one attends college, the more they’ll have to pay off, which can cause many students to drop-out after a certain point.

Although this isn’t true for everyone, for many low-income students, college has become the unattainable. Even though universities and various other institutions offer financial assistance and aid programs that can help cover the cost of college, it often isn’t enough.

Many families don’t like the idea of having loans hanging over their heads, either. Ultimately, this causes low-income students to view college as impossible, forcing them to go into career fields that don’t require a degree.

In the eyes of many hiring managers across the country, a college degree is a requirement, and it’s an accomplishment many students would like to say they made.

However, as institutions keep raising their prices, many graduates might find themselves discouraged at their prospective start to life. The cost of higher education isn’t without its consequences on our culture. At what point does the exorbitant price overshadow the benefits of a degree and become too much to handle?

Do you feel high tuition costs are affecting our society? What are some of the negative effects you’ve seen or experienced?