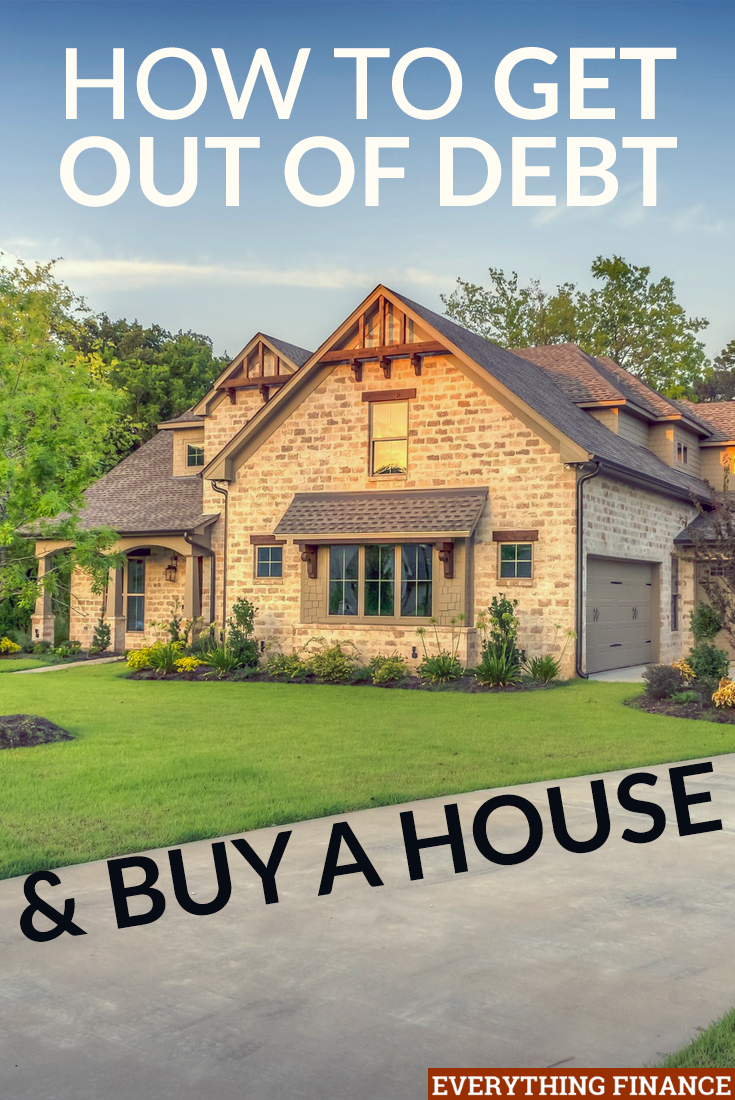 At the time, I was making the average American salary, and my husband was barely making above minimum wage.

The idea that we’d ever be able to own a home in one of the most expensive housing markets in the country seemed laughable.

And yet, here we are, less than six years later, and we paid that debt off and bought a two-bedroom house for over half a million dollars.

Here is how we got out of debt and bought a house.

One Step at a Time

There were definitely many, many times where I wanted to just throw my hands in the air and resign ourselves to a life of debt. Paying off $45k and saving up enough money for a down payment — the enormity of it all just seemed so impossible to overcome.

So instead of focusing on the big picture, we took it one step at a time. We started by paying off my car loan first. This car payment was $434 a month.

Every month, we put as much as we could toward that payment. It took over a year, but we paid it off, which freed up a lot of money to put toward other debts.

We then focused on paying off my student loans, paying down the smallest loan and then moving on to the other loans. Each loan we paid off felt so good!

We could see our progress. Once we paid off all our debt, we focused on saving up for a house. Breaking down our dream of buying a house was much more realistic when we focused on small financial goals.

When we got married, we were living in a one-bedroom apartment in a swanky part of town. Sadly, we really couldn’t afford it. We were barely making ends meet.

In order to save, we decided to move out as soon as our lease was up, and moved into a studio guesthouse in someone’s backyard.

I had to swallow a lot of my pride, but living like paupers for a year and a half allowed us to really help pay off our debt much more aggressively.

When we started making more money, we allowed ourselves to move into a townhome, but even then, we kept our expenses to the bare minimum and had a very strict budget.

It’s not easy telling yourself no all the time, but we had the big picture in mind.

We Made Our Dream a Priority

When we felt we finally had enough money for a down payment, we started looking at homes. According to the banks, we could afford a lot more house than we felt comfortable buying.

As much as I wanted a huge house with everything included, we decided to start small with a two-bedroom in a family-focused community. Even this was as much of a stretch on our budget as we felt comfortable with, but ultimately it’s been a huge blessing.

We became homeowners and never sacrificed our financial security. When I think of how far we’ve come in such a short time, I’m absolutely amazed. When people ask us how we got out of debt and bought a house, I simply say: one step at a time.

Are you trying to pay off debt to afford a house right now? How do you stay motivated to achieve your financial goals despite the odds?