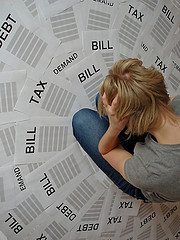 A concert rally, to demand better financial education for college students will be held, August 28th, at Sullivan Hall in New York City. The event is being called Music for Change: Student Concert Rally for Credit Education, and features both local artists and international performers who, along with college students and graduates alike, will speak out on the burgeoning problem of college student debt. The concert is a rousing call to action for the educational system, to step up and provide needed financial guidance to college students. Many students are handling credit and debt for the first time in their lives.

Caught between steadily rising tuitions, and government cutbacks at both the federal and local levels, college students are taking on a huge debt burden. In many areas across the country, that debt burden increases annually. Students are being hit with a double whammy: not only are they entering a depressed workforce where the unemployment hovers around the 14% mark, but many are graduating deep in debt. This is all courtesy of their college loans and or possibly not choosing the best student credit card. Making matters much worse, in recent years, the bankruptcy code was edited to include student loans offered by private lenders as ineligible for discharge in a personal bankruptcy claim. Previously, only government-backed college loans held this non-discharge status. Many students have been left after graduation facing a mountain of debt, so now they are doing what college students traditionally have done: they are taking it to the stage.

Artists representing everything from rap, rock to even Russian Folk will entertain and enlighten those gathered to the need for better financial education for students, across the country. In one of the most eclectic events New York has seen in a while, the assortment of musicians will offer something for every musical appetite: Ellina Graypel, an award-winning Russian singer/songwriter the Village Voice calls “uniquely exotic” and has played at many clubs throughout Europe, New York, and St. Louis. She samples from Russian country folklore to boogie rockabilly; Ellina’s style is soulful, playful, and versatile. Ellina also penned an award-winning song for the documentary film “Way to God.” Also appearing at this event will be BlkVampires, a self-described alternative/soul/Gothic band.  Located musically somewhere between Kiss and Queen, they have built up quite a following in New York.

New York singer-songwriter Daso will bring his Latin/Caribbean/Soul sound to the Sullivan Hall stage. Besides being an area favorite, Daso’s is also known around New York’s Lower East Side for his work, as the Director for Children and Youth Development. Golden Child will join with fellow musicians, the Chosen, to perform some of their hottest hip-hop compositions. The CHOSEN fuse hip-hop, reggae, soul, rock, and then some funk together in a sound that is all their own. Golden Child also serves as spokes model for Orajé Holistics—a universal holistic lifestyle company. The event will feature guest speakers between musical performances; including finance industry professionals and members of the Student Credit Card Education Initiative, which is sponsoring this event. The Student Credit Card Education Initiative is a free credit education program that provides online interactive coursework through participating college and university websites.  The event is free to all. Sullivan Hall is located at 214 Sullivan Street in NYC. The festivities will begin at 6 P.M.