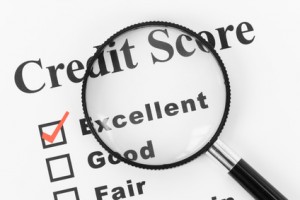 With the National Credit card delinquency rate the lowest it’s been in 17 years, consumers have been making a conscientious effort to be more responsible with their credit. This is made more evident by the data assembled in a recent TransUnion credit card deleveraging analysis, which shows that consumers paid about $72 billion more in credit card payments then they spent on new purchases between the first quarters of 2009 and 2010.

Monitoring the numbers is a part of this newfound responsible approach to credit, with millions of consumers opting to purchase their credit scores so that they can have a clearer picture of their personal credit situation. In fact, the credit-score-selling business is currently booming in the United States. In recent years, the market has expanded to bring in over $1 billion in revenue annually, both from the purchase of scores and reports by consumers.

Despite the effort shown by consumers to be better informed, there seems to be quite a bit about credit scores that many people either don’t know or don’t completely understand. For example, many people aren’t aware that personal details like income, age and marital status are not factors when it comes to determining someone’s credit score.

Also, as outlined in a recent report to Congress by the Consumer Financial Protection Bureau entitled “The Impact of Differences Between Consumer- and Creditor-Purchased Credit Scores,” the credit score that a consumer has access to can be vastly different from the score that a lender actually uses to determine whether or not to extend that individual credit.

“It is important to note that many of the credit scores sold to lenders are not offered for sale to consumers,” the CFPB report reveals.

There are many different scoring formulas used these days. As detailed in the report, what is offered by the top three credit agencies – Experian, Equifax and TransUnion — are “‘educational scores’ either not used by lenders at all or used only infrequently.”

The most useful credit score for a consumer to be aware of is their FICO (Fair Isaac Corp.) score. That is the score that 90% of banks use, when determining a potential borrower’s “creditworthiness” and making related lending decisions. However, it is worth noting that even Fair Isaac generates their scores by using a variety of scoring models.

The problem that arises when a consumer purchases an “educational score” is that they may be left thinking that their credit is much better – or much worse – than it is in reality. Someone’s credit score not only effects their interest rates on loans and mortgages, but it also determines what type of credit card offers might be available to them. This goes on to include rewards cards, low interest cards or visa credit card offers.

The portion of the Dodd –Frank financial-reform law that went into effect in July requires that lenders furnish all applicants with a copy of their credit score at no cost, if they were denied outright for a loan. A free copy of their credit score must also be provided by the lender, if the customer’s loan application was approved at a higher rate than the prime rate the lender offers to its top customers. The score a lender provides must be the same score it used to make its decision. In addition, the lender must also outline all important factors that impact the score and identify to the consumer where the score ranks overall.