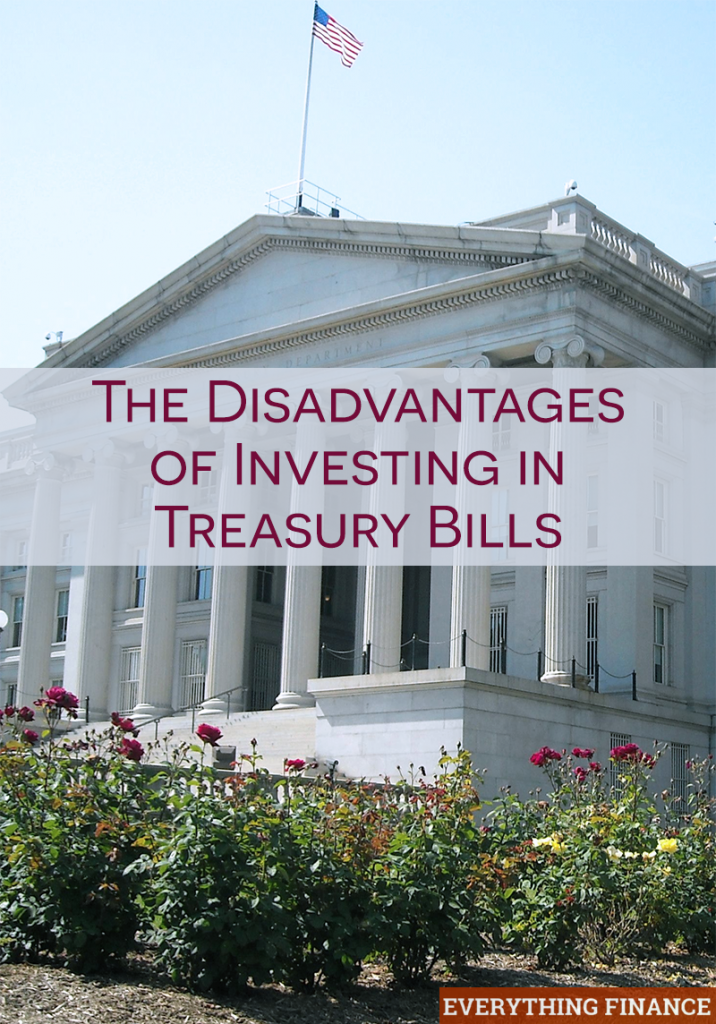 Many people like investing in gold or Treasury bills because they are generally safe, when compared to other investments.

Indeed, even in the past during the recession, Treasury bills were still backed by the most stable taxpayer base in the world.

As a result, it is relatively easy to feel confident when investing in U.S. Treasuries, especially for those nearing retirement and looking for a safe source of income.

However, even with some of the advantages associated with investing in Treasury bonds, there are still disadvantages to be aware of.

Investing in Treasury bonds might not always provide the best option for your particular situation.

One of the biggest disadvantages of investing in Treasury bills is the low yield. Because they are considered safe (even with the recent U.S. credit downgrade to AA), bonds offer a low yield.

According to speculators at Golden Eagle Coin, especially in periods of high inflation, you might not even come out ahead. The nature of Treasury bills means you will not get a very high yield. This means that, while T-bills can be solid for providing income once you’ve amassed a nest egg, they aren’t going to do a lot for you in terms of building that nest egg. They are better for capital preservation, and for a safety net.

What if the U.S. Government Defaults?

One of the disadvantages to U.S. Treasuries came out not too long ago during the debt ceiling debate. The fact that the U.S. could head into a technical default came into sharp focus.

Would you just not get your money? Probably not. But it might be delayed, since when rich countries “default” on their debt, most of it is re-characterized and rolled over into longer maturities, making it harder to access your money on time.

However, the U.S. is unlikely to default anytime soon. The borrowing power of the U.S. has expanded, and, of course, various government and quasi-government institutions can, for all intents and purposes, approve the creation of money to cover debts. (Although the resultant inflation could be a real nest egg killer.)

In the end, many investors find that the advantages of having a safety net in the form of Treasury bonds is worth it. However, if you are looking for high yield, you will have to look elsewhere, since the biggest drawback to investing in Treasury bills is the rather low interest yield.