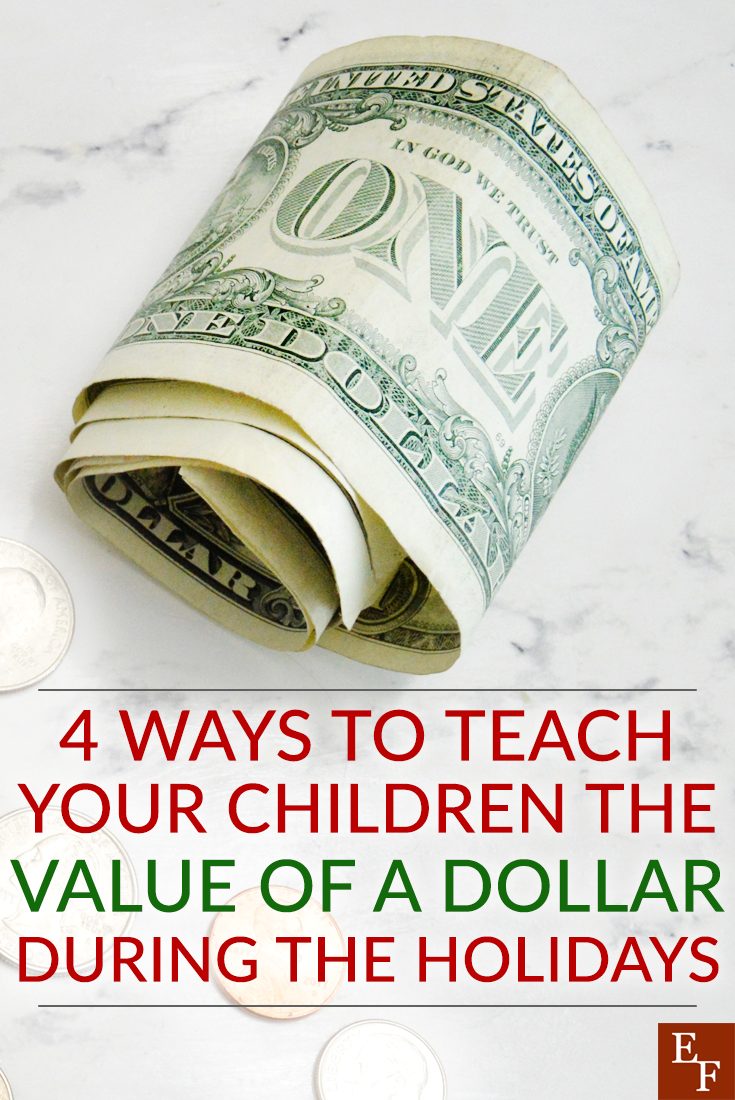 When you are a parent, anything and everything can be a teachable moment. The holidays are certainly no exception!

Why, you ask? Because everybody wants not just something, but EVERYTHING! And, they think they should be able to get whatever they want. As parents, we have to put the kabosh on that because it just isn’t feasible, and sets unrealistic expectations.

Teaching our kids about wants vs. needs is a foundational lesson. Even as adults, we all WANT things, but that doesn’t make them a NEED. And sometimes, our wants just aren’t in the budget.

The holidays are a great time to reinforce this foundation with kids. I like to reiterate that our basic wants are:

Of course, the kids might disagree with this list, but they really have no leg to stand on. As humans, these are the 5 things that we NEED for survival. Everything else falls into the WANT category, much to our dismay sometimes.

But even in the need category, we have to teach our kids that there are different levels of what is really necessary. Anything outside of that is actually a want.

An example of this is in the shelter category. When you are considering buying a house, there are many things to look at. But the cost is a HUGE factor! Yes, we all need shelter, but do we need shelter to the tune of $1,000,000 and up?

Nope, we certainly don’t. After a certain point, a house becomes a want and not a need.

When talking to our kids about these needs, we remind them that while all 5 needs are essential for our survival, not everything in those categories is a need.

Reiterating this lesson to them during the holidays has really helped reign them in a little bit when they start to get out of control with their wants. Not only that, but it really does teach them the value of a dollar when they realize that while we need food to survive, we don’t need ALL of the food they want to survive. And food can get very expensive!

Overall, when we reiterate wants vs. needs with the kids, it helps reign in the WANT madness that usually ensues around the holidays, to a more reasonable WANT list.

We use any excuse to teach our kids how to budget. We feel like this is a very important lesson for all children to learn and take every opportunity that presents itself to teach the lesson from new angles.

When we are talking to our kids about budgeting, we like to remind them just how much things cost and how much we have budgeted for.

Take for example our holiday budget:

That budget may not sound like a lot, but they get plenty of other presents from other family members, so they’re not going without. Our kids have enough stuff as it is! We just don’t feel it is necessary to add to it just because it is the holidays.

Everybody does things differently, and has a different budget. So you have to find the magic number that works for you and your budget.

Since our kids know what our budget is, they know the deal. That doesn’t mean they aren’t always trying to push it though. This year is no exception to that rule.

The two oldest children came to us with a big WANT this year: an Xbox One S. As a non-gamer, I didn’t even know what that meant, except that it was just ANOTHER game system. And that it was WAY outside of the budget.

The boys have been around long enough to know how we would react, so they had a plan.

They wanted to negotiate their terms so that they could get the big WANT this year. I had to shoot them down on their first request, which was that it could be the family gift instead of the membership we usually purchase. Not everybody in the family wanted it, so that option was out. It was a nice try though!

They had a backup ready in case I said no. Smart kids!

The two oldest would be willing to have the game system be their $30 gifts, so that made $60 towards it right out of the gate. But since the game system they found, with a controller and some games, was running on Black Friday special for $200 plus taxes, that left them approximately $155 short still.

They talked to the other kids and all decided that they would go on a hunting party to find things they didn’t use anymore, primarily electronics, and sell them. After all, one man’s junk is another man’s treasure. That way whatever money they made would go towards the Xbox One S.

My spouse and I talked about the plan and agreed on one condition: they had to get rid of some of the other game systems in order to make room for this potential new game system. They agreed and were off to the races!

Since we had 3 PlayStations (long story), we said they had to get rid of two of them. They also rounded up a whole lot of other electronics.

Once they brought me all of the loot, we had to discuss the best way to make the most from it. The boys immediately went to the Game Stop website and started putting in items to see what they could get for them at trade-in value. While they did that, I told them to get a piece of paper and list everything they had and put two columns on it.

There was some grumbling, but I told them if they wanted it badly enough they would do it. So while they were looking up trade in values on Game Stop, I went over to the Amazon Trade-In site and started doing the same thing.

Overall, most of the items fetched a better price on Amazon than Game Stop, but there were a few exceptions. Plus, Amazon wouldn’t take some of the items that Game Stop would. So we divvied up the piles, based on who would take what, and the leftovers that nobody would take, we put on Craigslist.

Between Game Stop, Amazon Trade-In, and Craigslist, they made a little over $200, which was awesome! What that meant for me is that I could use the excess they earned towards the family gift. Thus, making my grand total for holiday spending around $165 for a family of 7. I don’t know about you, but I am pretty darn happy with that!

Teach Them To Fish

Teaching kids regular, everyday lessons can be a challenge. Using the holidays as a springboard is one really good way to do it.

Reminding children about needs vs. wants, as often as possible, can really help reign them in…sometimes! So can involving them in your budget so they have an idea of what to expect. If they have more realistic expectations, it can make their wants much easier to handle with fewer tantrums. At least, most of the time.

Teaching them to negotiate effectively has been an integral part of our lessons to them. Because learning to think outside the box is a life skill that will only help them succeed in life. Learning that they can part with their old beloved things to get new shiny things is also a good lesson.

I am really glad that our kids are learning how to get what they want without killing our budget during the holidays and I just hope the lessons stick.

What are some ways that you teach your children during the holidays? Have you found it easier, as they have gotten older, or more difficult to reign them in with their holiday wants?