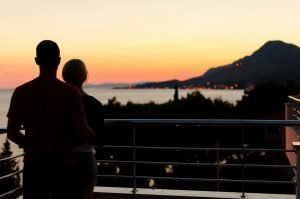 Losing a loved one is a profoundly sad experience. This emotion is made worse by the realities of today’s world, as many of us have moved abroad in search of a better life.

And yet, even thousands of kilometres of separation doesn’t diminish the pride felt by their parents. When they pass, they leave behind inheritances for their kids. With their minds clouded by grief, countless individuals move cash bequeathed to them – and get screwed in the process.

Unless you’re financially literate, it can be hard to repatriate funds without losing a sizable chunk. Below, we’ll shed light on the pitfalls of international money transfer, and show you how to minimize your losses.

Many of us have family overseas

With each passing generation, more and more of us are willing to go international in search of opportunity. According to a 2013 UN study, 232 million people, or 3.2% of the world’s population, resided outside their country of birth. That represents a 33.6% increase compared with 1990 figures when only 154 million people lived abroad.

Even Americans, notorious for being homebodies (only 35% would consider moving overseas), are embracing the expat lifestyle. Nine million people, or about 2.8% of the population, lived abroad in 2016, according to State Department estimates.

This trend is only getting started. According to a survey conducted by the Boston Consulting Group, 59% of Millennials would consider heading overseas for work. That’s far higher than the general population figure – soon, international firms will employ more people than ever. However, these professionals will be leaving assets behind in their home country. From retirement accounts to investment real estate, they’ll eventually need to access them from abroad.

And then there are inheritances. As the years go by, the loved ones we cherish will pass on. When this happens, most don’t expect to run into issues when repatriating bequeathed funds. After all, the American estate tax doesn’t kick in until an inheritance’s value exceeds $11.2 million.

However, those inexperienced with the travails of international law and cash transfer can run into nasty surprises.

What problems can occur when repatriating an inheritance?

Overcome by grief, most fail to consider the tax implications of foreign inheritances. Many nations apply levies on estates, and your home nation may do the same when you repatriate these funds.

For example, Europe has laws that vary greatly from country to country. Denmark allows estates to move from the deceased spouse to their widow tax-free, but they tax children at a rate of 15%. Germany exempts smaller estates from its levy, but taxes amounts above €500,000 between 7-50%. Italians have a capital-friendly regime, with the first €1,000,000 exempt from its inheritance tax.

On the other end, your home government may interpret your repatriated funds as taxable income. Take Canada, for instance – generally, they treat funds from non-resident estates as non-taxable.

However, if the government determines your relative was a Canadian tax resident, you could get whacked. For example, if your mother raised you in Canada, but retired abroad, she could be considered a tax resident. Owning property, a bank account, or having Canadian family members could be all it takes for the Canada Revenue Agency to make its case.

Aside from avoiding double taxation via bilateral tax treaties, it can be hard to minimize your burden. However, most recipients of inheritances commit unforced errors when it comes to transferring them.

Used to dealing with their bank, beneficiaries of inheritances think nothing of moving money through them. This move is a huge mistake, as you can lose thousands that are rightfully yours – we’ll explain why below.

Beware the pitfalls of moving money without professional guidance

Think you’re in the clear by learning about inheritance laws? Not so fast – if you inadvertently break regulations governing cash transfers, you could get dinged again. If you send more than €5,000 to Canada from Finland, this act will expose you to a gift tax between 8-33%.

If your Finnish grandma has bequeathed you €20,000, how do you avoid coughing up 8% to the government? By sending it in tranches. By arranging five transfers of €4,000, you’ll be able to repatriate your money without paying a dime in tax.

Don’t do this through a legacy financial institution, though. For the longest time, banks had a virtual monopoly on international cash transfers. This situation allowed them not just to charge outrageous fees, but set unfair exchange rates.

Let’s say you’ve flown to the United Kingdom to dissolve your portion of your mother’s estate. You’ve never heard of online money transfer, so you send £50,000 to your Australian account through Barclay’s.

Several money transfer providers offer rates just off interbank – how much could you save by going through them? We’ll introduce to a few top firms below.

Who can help me save money on international cash transfers?

If you needed to send an inheritance to, for example, Australia, you’d keep more than if you went through the banks. If you posted that same £50,000 through World First, you’d get a rate of 1.8460 – that would get you 92,298 AUD, with no fees deducted. That’s a difference of more than 5,000 AUD compared to Barclays!

What about Transferwise? They offer an exchange rate within a hair’s width of the interbank – 1.85078.  After deducting a nominal 0.35% fee, you’d get 92,215 AUD – less than World First, but far better than Barclay’s.

Keep the dirty paws of the banks/government off your inheritance

Most people that leave behind inheritances aren’t deca-billionaires. They’re hard-working folk that fought hard for everything they’ve ever earned. They want their children to be okay when they’re gone – as such, their kids should get everything to which they’re entitled.

Sadly, the world doesn’t work like that. If you’re vigilant, though, you can maximize what you keep when moving inheritances across international borders.