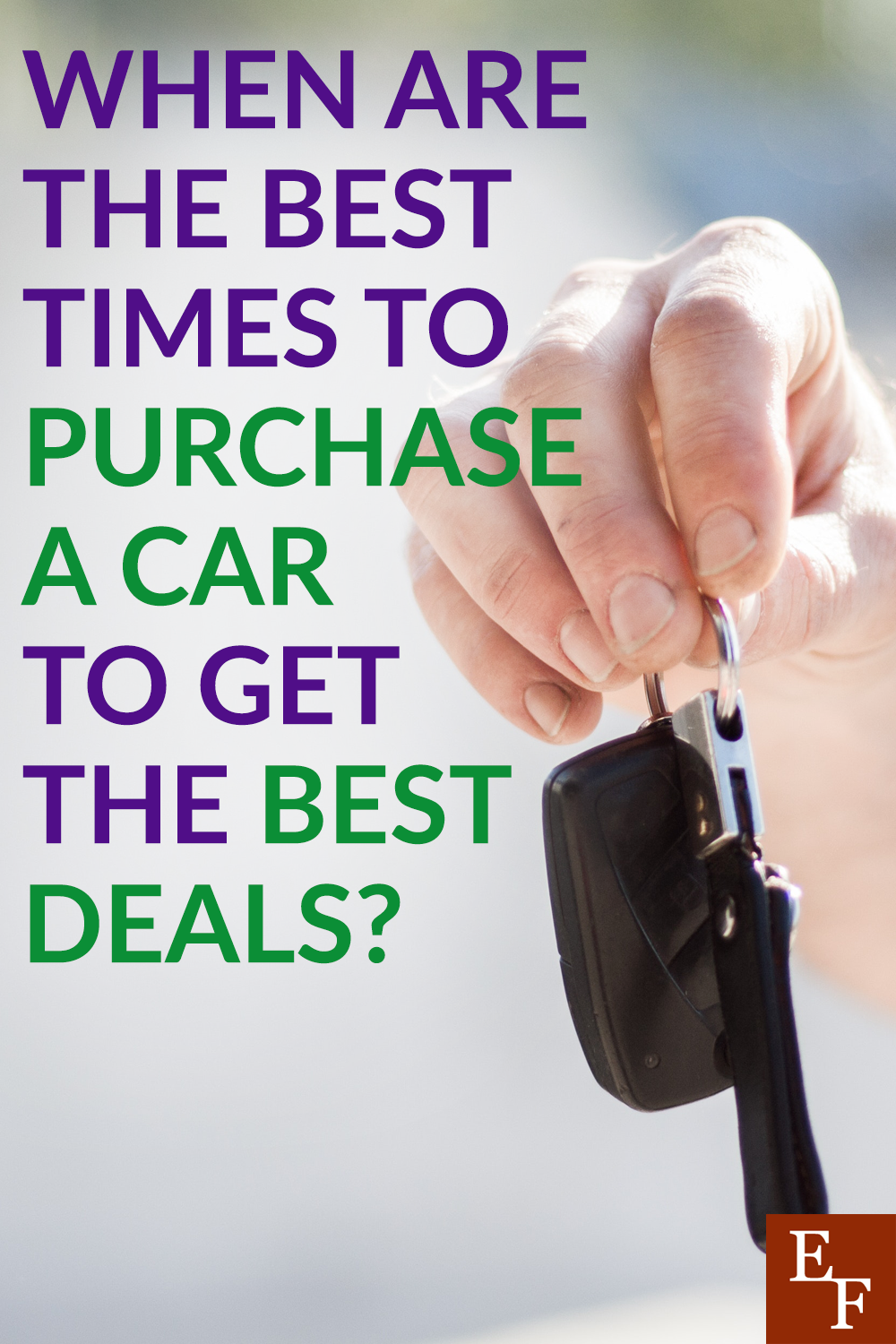 Shopping for a new car is not a favorite thing to do for most of us. I can understand why. It can be a huge hassle and take a lot of time to find the right car for the best deal. But there are a few times a year that are optimal to purchase a car for less of a headache and get some of the best deals.

A Season for Everything

There is a season for everything, and car buying is no different.

Car manufacturers begin to release the new year models much earlier than you would normally think. And when they do this, all of the current year models start to go on deep sale.

This is due to the fact that the dealerships want to get rid of whatever inventory they still have of the current year model to make way for more of next year’s model.

By doing this, they position themselves in a situation to make more profit on the newly released models. But in order for them to do this, the old models have simply got to go.

So, what do they do? Big sales!

Which is one of my favorite things!

When might this elusive window of time occur, you may be asking? Well, coincidentally, it just happens to coincide with back to 00school time.

During this time they are more than happy to dump this year’s model. Which only means more savings for you, should you choose to bite.

In fact, the average savings you could get by purchasing a current year model is anywhere from $1500 – $5000! This is dependent upon the make and model of car you are planning to purchase, of course.

Please keep in mind that even though they want to get rid of the current year models, they still make a bigger profit on the new models. So dealerships will be more prone to selling you the newest, shiniest and brightest cars for a much larger price tag. Don’t fall for it!

Most of the time the only differences between model years are exterior color changes or slight cosmetic shifts. This is true unless there has been a major overhaul to the vehicle between years. In which case, do your due diligence prior to going into a dealership. Then you will know what you are walking into, and what you want to walk out of there, with.

Please keep in mind that this should hold true to older year models as well, since dealerships make less profit on those. They also get much less incentives for older year model cars, so they have less reason to push them. But more often than not, it is to your benefit to get a slightly older model because you will usually get a much better deal on the consumer end.
The best time to purchase a car for the best deal is mid-August through mid-September. Click To Tweet

All of this being said, there are two other times of the year where you can usually work out a better deal when you purchase a car.

Which means at the end of March, June, September or December are the second really sweet spots to hit. This is after mid August – mid September, of course.

The third best time to purchase a car is the end of any month. Now this, and the second time, will all depend on the dealership. But most of them follow a similar model.

Dealerships want to hit certain numbers by the end of the month in order to get incentives from the manufacturers. So if the numbers haven’t been hit when the month is coming to a close, they are much more willing to wheel and deal in order to close the sale.

Best Times to Purchase a Car

When you decide to purchase a car, you should be playing a long game. Narrow down which car you are looking at and get test drives in before you buy to confirm your plan.

Once you do that, make sure to run through your numbers to ensure that it is within your budget. If it’s not, then go back to the drawing board.

But either way, once the car you want is confirmed in your mind, then it’s time to shop. The best times to shop, in order, and potentially save a ton of money are:

Now that you are armed with the best times to purchase a car, you should be well on your way to getting what you want, getting the best deals and saving a ton of money.

What have been some of the best times you’ve found to purchase a car and save a ton of money?