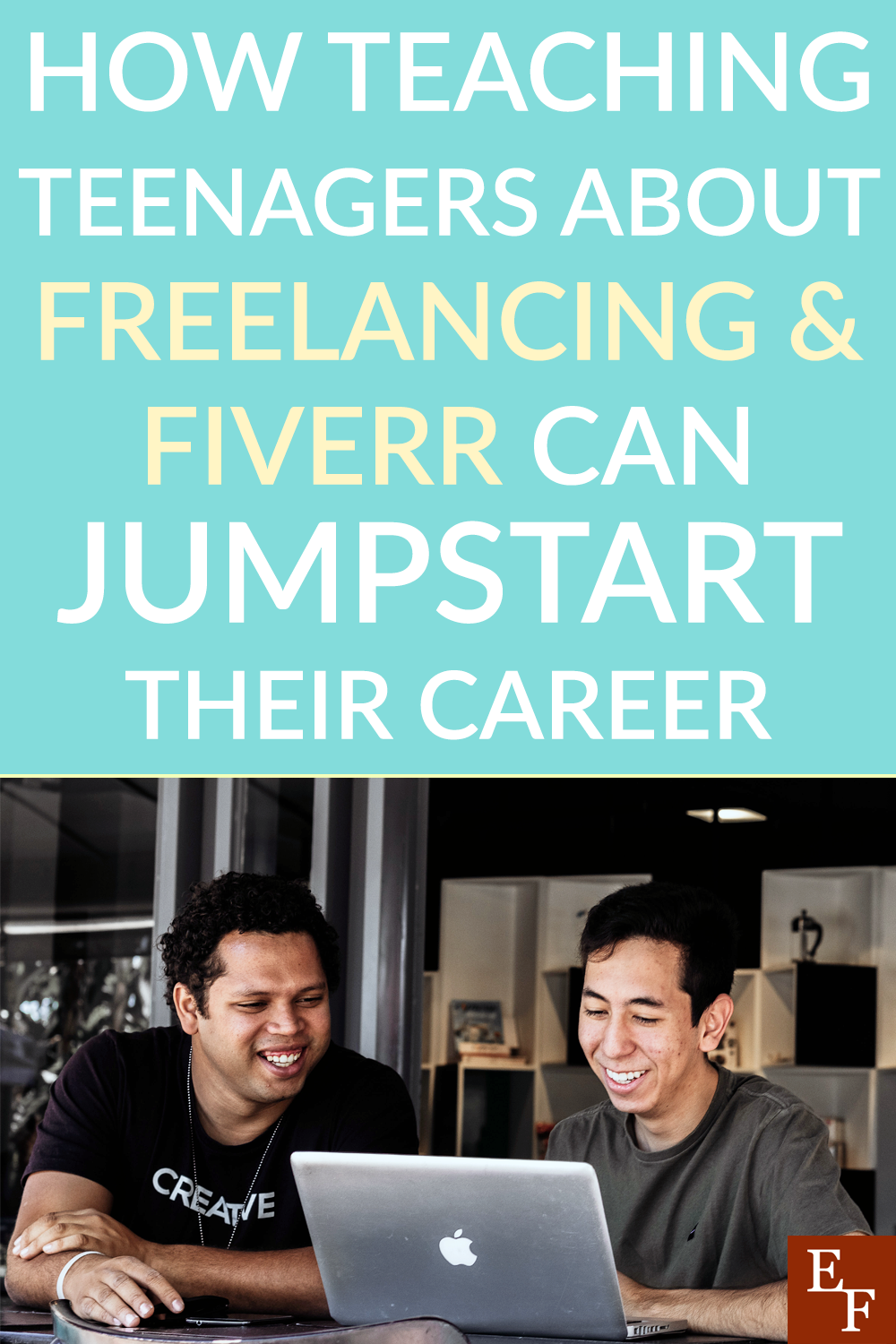 When it comes to teaching our teenagers about life, there are a lot of ways we can go about it. But, ultimately, our job as parents is to help prepare them for the big, bad world. A huge part of that is by helping them figure out what it is they want to do for their career path. Now, don’t get me wrong, there are a lot of us that still haven’t figure it out. But, we can give them a lot of tools to help them figure out their own path, so they have a great start. One of the best ways I have found to do this is by teaching teenagers about freelancing.

Delve Into Their Passions

As parents, we have watched our children grow into awesome young adults. Which means that we have seen the progression of their passions develop throughout the years. This puts us in the best position to help our teenagers figure out their true passions. What will really make them happy, and thrive in life. Hopefully!

And this is the best place to start helping them figure out what career path may be a good fit for them. Freelancing may not be the best fit for all kids, but it can fit a lot of different personalities.

A good way to narrow down their options for freelancing is to hone in on their likes and strengths. Another good idea is to keep their energy level and goals for their life in mind. This means you get to have a really in-depth conversation, or two, with your teenager to tease all of this information from them. Which is a great time for bonding, as those moments seem to come less and less often as they hit the teenage years.

RELATED: 6 Best Side Hustles For Teens This Spring

The options for freelancing are almost endless, in today’s day and age especially. I have been freelancing for most of my adult life and have done a plethora of things under that umbrella. So, my kids have seen how easy it can be to diversify your skillset and income with freelancing.

Ultimately, some of the most common freelancing options are:

This list may seem a bit daunting, but the range is extremely vast when it comes to skill sets. This is a good thing for any teenager that isn’t sure what they want to do yet.

I can tell you that one of our teenagers began freelancing when he was 14 in the sales arena. He started buying products for much cheaper than he could sell them for. He then sold them for market value, or a little less and still made a good profit. Our other teenager has attempted to follow suit, but he just isn’t as good at finding deals. All that means is that this is not a skill he has developed yet. But that doesn’t mean he couldn’t do it in the future, if he decided to really put in some effort.

The same teenager who was selling things, has also dipped his toes into creating video game servers for a small fee. And the most recent addition to his repertoire is getting paid to create logos for companies. I bought him this really awesome illustrating tablet that came with the good software he needed and he was on this way.

He hasn’t made a ton of money illustrating yet, but he is still learning new skills with the software everyday. And, so far, he has made enough to cover the cost of the purchase. So, I’ll take it!

How Can Fiverr Help?

Teaching teenagers about freelancing is just the first step. Once your teenager has narrowed down the areas they may be interested in, then they have to figure out where to offer their services. And this is where a site like Fiverr comes into play.

Fiverr is one of the best platforms for freelancers to get started with their career. Your teenager probably won’t make a lot of money to begin with, but everyone has to start somewhere. Most services start at the $5 mark, but your teenager can add extra services or perks to each service to increase the amount of money they can make. In fact, there are quite a few people I know who make a more than full time salary just doing freelance work for Fiverr.

Plus, if they start launching their career path when they are teenagers, then they could really be making some decent money by the time they hit adulthood. Which gives you plenty of time, as their parent, to teach them how to handle that money properly. This way they hopefully won’t find themselves in debt and can learn about investing in their future. Bonus!

If you want to help jump-start your teenager's career path, teaching them about freelancing is a great opportunity! Click To Tweet

Ultimately, teaching teenagers about freelancing now is a fantastic way to jump-start their careers. And it’s never too early to begin teaching them once they hit the teenage years. Most teenagers I know want to make some of their own money so they can buy the things they want.

The best way to help them do this is first to take a deep dive with them about what their passions are. Next, have an in-depth conversation with them about what their life goals are for themselves. Once you have that information locked in, then it is time to take a look at all of the different freelancing options out there. There might be more than one your teenager is interested in trying. And this is a great time for them to get that opportunity.

Once they have narrowed down the freelancing options they would like to try, begin helping them work on those skills. And after that, they can begin to offer their services on sites like Fiverr to get some initial gigs. This will help them build up their client base and reviews, so they can slowly build their freelancing business.

After that, your teenager will be well on their way to their career path. And maybe even financial independence, if you’re lucky and they actually listen to your advice.

What are some ways you have found to teach your teenagers about freelancing to help jump-start their career path?