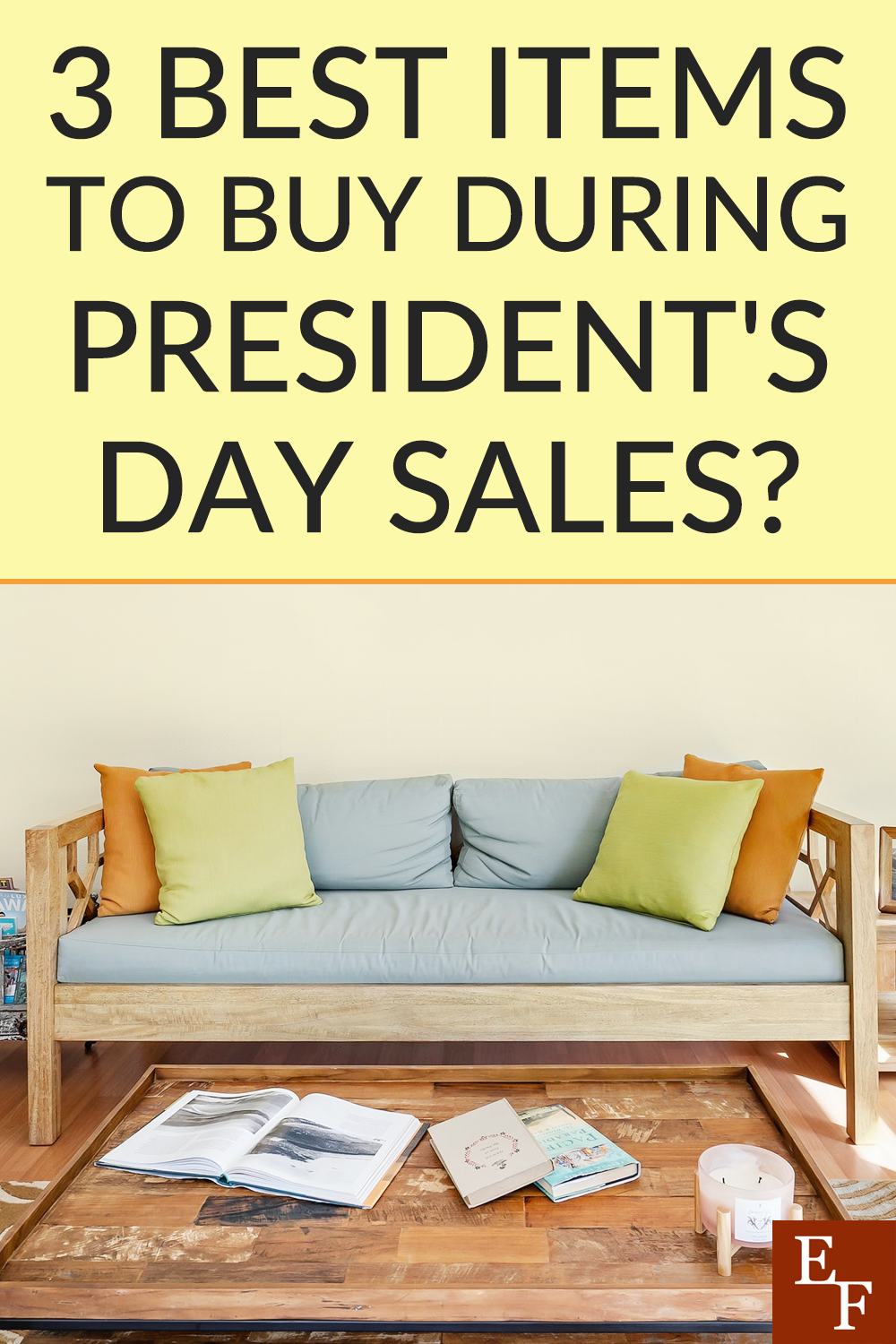 After the holidays there aren’t nearly as many good deals to be had. However, on top of white sales in January, the next biggest sale of the winter season is usually during President’s Day. In fact, there can be some pretty darn good discounts on some bigger ticket items. And more often than not, shopping for these items during this time of year will get you the deepest discounts. So, you should be ready ahead of time with your budget in order to have the cash on hand for these larger purchases.

While most of us don’t give a second thought to our mattress, we do spend approximately 1/3 of our lives on it. So, a mattress should be one of the most well thought out purchases we make. And, it can also be one of the most expensive purchases we make too. But since they are so important, it can really be worth the money to get a good one that works well for you. Therefore, a mattress is not a place to be frugal.

Of course, you can still get a really good mattress without spending a small fortune though. And during President’s Day sales is one of the best ways to do it. Some of the best places to check out ahead of time for good mattress sales are:

The discounts will vary at each store. Some of the typical sale ranges tend to be anywhere from $100 – $300 off a mattress or up to 30% off. Some places will give you a smaller discount but throw in a few other free items, such as mattress toppers or pillows. So, it’s best to take a look ahead of time to narrow down which type of mattress you are interested in and which place will give you the best deal on that style.

Whether we like it or not, appliances are part of our everyday life these days. And they don’t always have the life span we wish they would. In fact, depending upon the type of appliance and the make and model, the life span can range between 9-20 years, on average. And when an appliance decides to die, it affects our whole world. So, planning here is key.

When the end of life is nearing for your appliance, it’s always good to try and plan ahead. Especially since appliances can be much higher ticket items than they used to be. I can speak from recent experience because we just had to replace our dishwasher (sooner than we anticipated) and ended up spending a lot more money than I would have liked. We could have potentially waited until the President’s Day sales hit, but that would have left us without a dishwasher for almost 3 months. And with 7 of us, it’s worth it for us to have a dishwasher when it makes my life a lot easier.

Luckily, we had the funds saved up to pay for a new dishwasher when the time came. But it still hurt, nonetheless. First thing first is to have the money saved up in your emergency fund to cover the cost of the replacement appliance. Next, it’s time to shop some of the best appliance sales all year long. And some of the places that have the greatest President’s Day sales on appliances are:

Similar to the mattress sales, these discounts will vary widely. But, the most common discounts I have found are usually between 30% – 40% off. However, some of the larger stores will also offer 0% interest for 12-24 months on their credit card sometimes. So, if they happen to be running one of those deals at the same time, you can potentially spread the payments out over a longer period of time without having to pay any interest. So this could really be a win-win!

Furniture can be another really big-ticket item, especially if we are talking couches and dining tables. And while the life span of furniture can be exponentially longer than appliances (if you take care of them), they do tend to go out of style faster. Or if you have a house full of kids and dogs you’re boarding, that can make the furniture die a much younger death too.

Either way, when it comes time to look for things such as couches, chairs, loveseats, dining tables, coffee tables, etc, President’s Day is a great time to look. Some of the best places that I have found to find rock bottom deals on furniture during President’s Day are:

And in typical fashion, these sales have a fairly wide variety of discounts. They seem to vary every year, but on average most sales seem to discount specific items anywhere between 30% – 70%. So this is one category where it is really in your best interest to shop around before you buy anything.

Ultimately, President’s Day is a great time to find some really good deals on big ticket items. Whether you need a new mattress, new appliances or some new furniture, you may be in luck. This time of year can potentially save you the most amount of money on these items. So prepare ahead of time and make your list. And then get shopping!

What are some of the best deals you have gotten during a President’s Day sale?