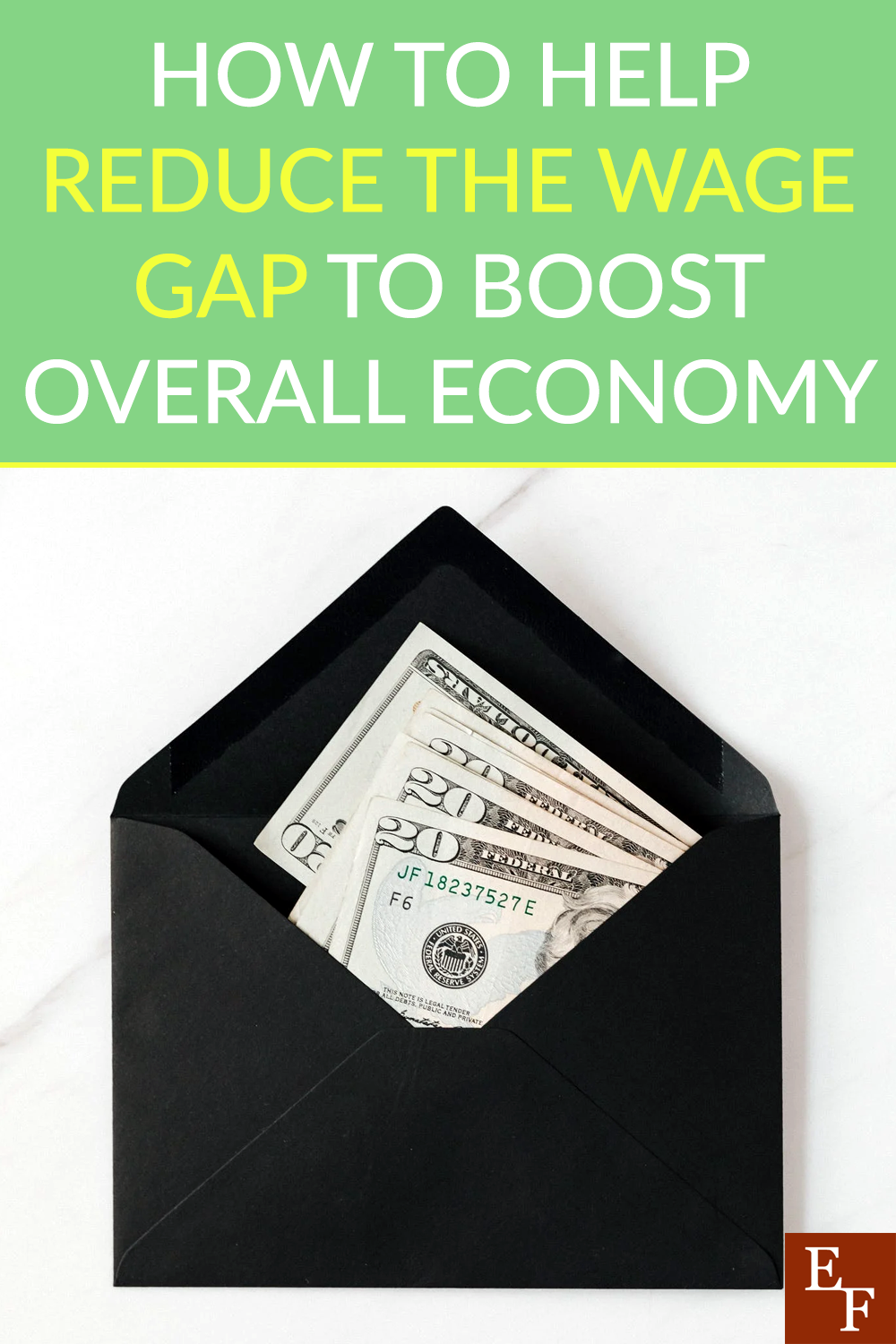 While a lot of us may not even think about the wage gap, it is still a huge contributing factor to every day life for most of us. The biggest reason for this is that women still make only about $.81 to the $1.00 that men do in today’s society. It’s absolutely ridiculous that women still aren’t on par with men when it comes to how much they earn. Especially since women came out of the kitchens and started working more full time back in the 1980’s. So, what can be done to help reduce the wage gap and boost the overall economy for more financial equality?

First things first though. What factors are still causing the wage gap to continually exist? The biggest factor seems to be both having children and aging parents.

When a couple decides to have children, it’s supposed to be a joint effort in today’s world. But, that doesn’t seem to be the case across the board. Still! In a lot of cases, the childcare ends up falling to the woman. If the child is out of school or sick, somebody has to take off of work. And since that still falls on women more so than men, it affects how much they get paid at work.

If an employer sees that a woman has children, they are less apt to pay her the same amount as a man because they presume she will be absent more due to childcare issues. Even though they can’t legally do that due to discrimination laws, that doesn’t mean it still doesn’t widely occur.

And, of course, it’s not always the case that the woman is the main caregiver. I happen to know quite a few men who do the lion’s share of the child-rearing because their spouses have higher powered jobs that they love. And it’s supposed to be a partnership. So everybody pitches in.

And the same is true of aging parents. As our parents get older, they require more time, attention and care from us. While the status quo seems to believe it is up to the female in the relationship to take care of this, it’s not true across the board either. It is up to both partners to take care of their aging parents together, as a couple. But, businesses don’t always see it this way. So, discrimination ensues.

A lot of these types of jobs include:

As the world changes drastically, so does the job market. A big example of this is the technology sector. Technology is changing so much daily that it’s exceedingly difficult to keep up. On top of that, the increase in technology changes the job market drastically by reducing jobs. And when jobs get reduced, a lot of people get left to the wind. This happens when people have been trained to do one thing and only know that job. When they don’t diversify how much they know and learn, it makes it really difficult for them to find another job after theirs becomes obsolete. Therefore, diversifying your skill set now can really help the future you when the market changes. And it will!

As you can see, there are a lot of factors that affect the wage gap. Which means that it’s going to take quite a bit of work, and time, to get to the place where everyone is actually paid equally. And a shift in perspective is the first place to begin.

Employers need to begin to look at women as part of a larger unit, instead of individuals. Women are a part of the bigger picture and should be paid accordingly. Even if your household doesn’t have a woman in it, you have at least one woman in your family. And if that woman is getting paid less than her male counterpart for the same job, that can definitely affect you negatively.

This is because she would then have to work more hours just to make the same amount as her male counterpart. Or she would have to pick up some side hustles to make up the wage gap difference. In either case, she will be out of the home longer, which means more work will fall to the other partner.

Therefore, a change in perspective is needed to help rectify this issue. Women are just as important as men and should be paid accordingly.

Luckily, there has been a shift in mindset with a few larger companies lately. Companies such as Netflix, PayPal, DocuSign and Intel have started creating programs specifically for women. These companies are focusing on education and creating a balanced workforce that represents all sexes and races. And they are advocating the same pay scale for any person in a specific position to help reduce the overall wage gap. Which is awesome!

Ultimately, reducing the wage gap may not be as simple as a snap of the fingers. Which is what we would all like. It took some time to get to where we are at and there are quite a few factors affecting the wage gap. But, if all of us learn to diversify our skill set’s a bit more, that is a big first step. Increasing educational opportunities for minorities can help many make different career path choices. This way they won’t necessarily have to be pigeonholed into jobs that have irregular hours.

Lastly, everyone needs to get on board with the fact that households need all members to run effectively. This definitely includes women! Whether you have children or aging parents, there should be all hands on deck to help steer the ship. And all parties should be paid the rate their job dictates it should be, male or female, parent or not. Period. Once more employers realize this, and how much more effective the job market can be, the sooner we close the wage gap. For good!

What are some of the best ways you think we can close the wage gap for good?