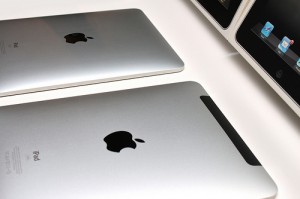 Many frugal people say that they save a lot of money by not getting the latest and greatest technology. I could not agree more. However, many of the people who do this hang on to their technology purchase until it becomes almost obsolete. I wonder if they kept up with technology, if they would save more money in the long run.

Say you bought the IPad first generation when it first came out at the Apple store. It was about $500, if not more. Now that the “new” IPad has come out, the first IPad is worth about $200, sometimes more if you get lucky with a good buyer. That is a potential $300 loss if you were to ever sell the IPad. Of course, the longer you wait, the more the product will depreciate.

My husband loves technology and gadgets, so has made a habit of buying them used and then selling them as soon as he hears the rumor for a new product. Doing this with the IPhone, he has actually made a profit by selling his older generations right before the new generation comes out, then getting the new IPhone through upgrading through our phone contract, which costs $199 plus tax. I believe he sold the IPhone 3G for $350 on Ebay and the IPhone 4 for $450.

Similarly, he bought the IPad first generation for $355 when IPad 2 came out. He then just sold it for $265 on Craigslist right before the “new” IPad came out – the third generation. That is $90 difference or $90 lost. He then bought the IPad2 for $355 on Ebay recently because everyone is trying to sell theirs quickly so they can buy the new IPad. He will probably wait several months to buy the IPad 3, which he prefers over the second generation. He will most likely be able to sell the IPad 2 for the same price he bought it or for $335 at least. After some time passes, he will be able to buy the IPad 3 secondhand or refurbished for $400 or less, and keep it for a much longer time since it has all of the upgrades he wants.

So what is my point in all of this? We paid $710 for two IPads, and when we do sell the IPad 2, we will have lost about $90-100. That is $90-100 for three years of IPad use. Those who bought the first IPad when it was still new and sold it recently will have lost out on $100-300, depending on how much they bought it for and sold it for. If they had just been a little smarter on when to buy and sell their technology, they could have saved themselves a lot of money.

For tech and gadget lovers, it is best to buy used when the new version is coming out. Then, sell before an even newer version comes out. Don’t let yourself get more than two versions behind the latest product or you let it lose its value.

Some may still not see the point in updating their technology, but again, if you buy an IPad or any technology, after so many years of usage, something will go wrong. Technology is built to last a long time but not forever! So if you bought the first generation IPad for $355 like we did and decided to hang on to it for as long as you can, it will either cost you money to have it fixed or you will have lost $355 to replace it when it becomes obsolete and broken.

What has your experience been with technology? Do you use it until it cannot be used any longer, or do you replace it often? How has this made a difference in your frugal living?