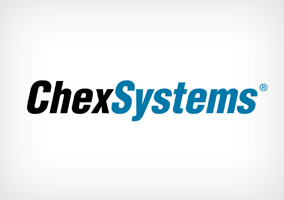 If you have had insufficient funds in your account or written several bad checks, chances are good that you have been reported to the ChexSystems.  This system is used to keep track of customers with delinquent or mismanaged accounts, and all banks use the system.  That means if you have a problem at one bank, you can’t simple go open another account.  They will check the ChexSystems and will see that you have had issues in the past.  While there are some banks that will offer second chance checking accounts, many would prefer that you have satisfied old obligations as noted in the ChexSystems.

The ChexSystems records account problems such as insufficient funds and fraudulent deposits.  Once your account is reported, it will be noted on the ChexSystems for five years.  You can request your ChexSystems report for free annually and are allowed to argue against errors on the report.

Clearing an Error From Your ChexSystems Report

To clear an error off your report, follow these steps:

Clearing Your ChexSystems Report If You Are Delinquent

Before you attempt to open a new checking or savings account, you will need to make sure that your ChexSystems report is accurate and that all accounts have been satisfied.  Banks that offer second chance accounts are willing to give you another chance, but it is best to have your report show that your accounts are once again in good standing.

Many people run into financial difficulties and may have their accounts reported to ChexSystems.  However, once you are reported, there are ways that you can fix the error if you were reported incorrectly or have your name removed if you settle your account.  Having your name removed from ChexSystem is the best strategy to move ahead in your financial life