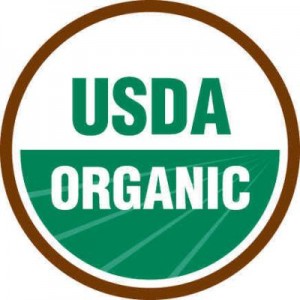 A few months ago, my husband and I made the concentrated effort to start buying organic. In general, we’d like to be more green. Not just for our health, but we take it as part of our civic duty to help save the environment in any way we can. When we were really broke, we couldn’t justify paying anything extra for organic. But now that we’re approaching middle class, we’ve decided to shell out a few extra dollars for the organic stuff. Which has me wondering–Is Buying Organic Worth It?

The number one issue regarding buying organic produce is that it is rid of the pesticides and chemicals that plague conventionally-grown foods. Apples being the biggest culprits. A 1987 National Academy of Sciences report estimated that pesticides might cause an extra 4 million cancer cases among Americans.  Pesticides have also been attributed to certain birth defects, nerve damage and genetic mutations. Organic food is also better for the environment because pesticide residue doesn’t end up in the wter stream.

The biggest concern when switching to organic is the cost, but buying organic doesn’t have to be more expensive.

These are the ways we save on buying organic:

Buy organic off the dirty dozen, buy generic with the clean fifteen. Every year, the Environmental Working Group puts out a list of the produce most contaminated with pesticides and also a list of the least contaminated produce. It’s worth it to splurge on organic produce for the ones which are most contaminated. For everything else, generic is a safe bet. I mostly stick to the rule of thumb that if it’s a produce where you eat the skin, buy organic and if it’s a produce where you peel the skin (ie, bananas) buy generic.

Stick to a menu plan. This has been the number one way we’ve been able to save on buying organic. In the past month, we used a menu plan three out of the four weeks. The one week we didn’t use a menu plan, we ended up spending almost double what we normally spend and visited the grocery store three times in one week as opposed to our weekly visit. Having a menu plan eliminates going to the store for that “one ingredient” you desperately need to make dinner, and then you end up spending $50 on other staples that you couldn’t live without. We’ve signed up with TheFresh20 which comes up with healthy menu plans that center around in-season produce. We are huge fans and the cost is very low!

Visit the Farmer’s Market. We’ve found two farmer’s markets that we love in our area. We always buy almost all our produce from them and we walk out with two huge bags of produce for less than $20. We end up buying the rest of our staples at Whole Foods as much as possible.

Buy in bulk. We buy our organic bread at Costco, and also get other organic items there, like spinach. You don’t have to visit a specialty store to secure organic items and good deals can be found at bulk stores.

Buy less meat. Because we are focusing on eating healthier, we are centering our meals around more produce rather than expensive cuts of meat. We tend to stick to chicken breast, ground turkey and fish, only buying red meat on special occasions.

So far, our grocery bill has been a little higher than normal, but only by about $100. I am sure that with more practice, we can get our bill down to our previous grocery bill of $350 a month for two people.