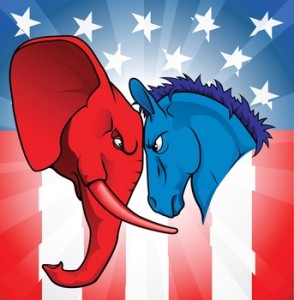 I do my best to steer clear of politics when I’m talking finance, but the Presidential debate last night has left the Internet buzzing about the aftermath. For the sake of Everything Finance, I thought it would be a good night to post about the differences between the incumbent and the challenger when it comes to small business issues.

The issues brought about during the debate included which firms deserved the label “small business” and what kinds of adjustments would help the middle class the most. Job growth was also a recurring theme throughout the debate.

Obama has come under fire from the Romney campaign for not being supportive of small business. However, he does support taxing big business more heavily and giving the middle class a break, and actions taken during his presidency support this fact. For example, he helped pass a tax credit for small businesses who hired unemployed workers in 2010. Tax credits were also added for companies that hired veterans.

In addition, Obama enacted temporary small-business estimated tax payment relief in 2010. He also added a deduction for self-employed people’s health care expenses in 2010. There was an increase in entrepreneurial start-up expenses deductions in 2010 as well. Clearly, Obama does have some small business-loving actions under his presidential belt.

Although Obama has helped small business owners over the past four years, Romney counters that that help has been minimal in comparison to what he would be able to do if elected. Many pundits are calling Romney the clear winner of last night’s debate since he was armed to the hilt with stats and data about small business – info he wasn’t afraid to use when attacking the sitting Prez with during the event. For instance, he threw Obama for a loop when he pointed out that the President’s tax proposals would only affect a mere 3% of small businesses.

Romney has laid out a clear plan to help small businesses by reducing taxes on small business owners who create jobs. He plans to do this through corporate and individual tax reforms. The next step outlined by Romney is to get rid of the increased regulation that he says is strangling job creators. If elected, he also plans to shield both small businesses and individual workers from labor unions and replace Obamacare with a different kind of healthcare reform.

Both men have their eye on the main event of this year’s election: small businesses. It will be interesting to see how they address the topic in debates going forward.