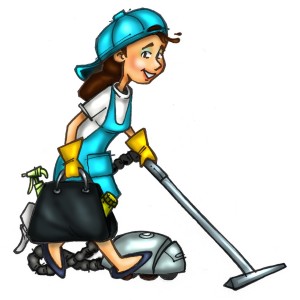 My husband and I have been dutifully working on paying off our cumulative $40,000 debt since we’ve been married. The debt was a mixture of credit cards, a car loan and student loans.  In a little over 30 months, we’ve been able to pay off more than half our debt, and this was despite various setbacks such as job loss, injuries, emergency room bills and more. Sure, we made a lot of sacrifices to pay off our debt, like working extra jobs and cutting back needless spending, but we’ve also indulged in some splurges that many people would be shocked at, considering we still have about $18,000 left to pay off.

Is it ever okay to splurge when you’re in debt? According to the Dave Ramsey method of being gazelle-intense to pay off debt and live like no one else so you can then live like no one else, then no you’re not allowed to splurge on anything until you pay off your debt. However, I don’t subscribe to this mantra. We didn’t get into debt by spending thousands in consumer debt.

For the most part, the majority of our debt was comprised of $30,000 in student loans–an investment in our education. And while some may argue that a Bachelor’s degree is soon going the way of 8-track tapes, I know for a fact that I wouldn’t be making as much money as I am if it weren’t for my degree and the fancy college it came from. Worth every penny, in my opinion. People spend $30,000 on a car, you can’t spend it on your education?

So we decided that we would come up with an action plan to pay off debt. Rather than let it drag on for years and years, we had a plan to pay it off aggressively. Paying off debt aggressively means you’ll pay it off well before the due date and at a much accelerated pace, but it doesn’t mean that you’ll be eating rice and beans so you can contribute every last penny to your debt. I’ve seen people live like that–and while yeah it’s impressive and I admit I get a little jealous that they are way ahead of the debt payoff game, I am more than happy with the lifestyle we choose to live as we continue to pay off our debt.

So what splurge purchases do you make even when you’re in debt? For us, it involves purchases that improve our quality of life. Most recently, we hired a housekeeper and there is really no pricetag I can place on how happy this makes us. No longer are arguments made over who’s turn it is to clean the bathrooms or scrub the toilets–and that alone is worth every penny we spend on a housekeeper.

Much of the money that we do spend is no longer on actual stuff. In fact, most of our furniture is all second-hand. Instead we choose to spend on memories, such as vacations, even if they’re small.

According to a story in the New York Times, it’s not how much you spend but what you spend it on. Choosing how to spend the little money you have on lasting memories rather than instant gratification on things will add to your happiness, the article says.

So take heed. Of course pay off your debt, but don’t forget to live your life in the meantime.