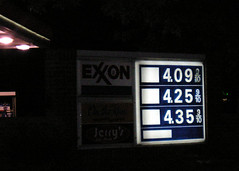 In the face of rising fuel costs, we’re all looking to save money at the petrol pumps and there are many ways in which we can do this. Regular car maintenance can help before we even set out but once we get behind the wheel, proven driving techniques will result in using less petrol.

There is however one aspect of driving which is more effective in saving on fuel costs than all others.

Speed limits are there to keep us safe but adhering to the limits has added benefits too. Simply by keeping your speed down you can help your engine to work more efficiently and to burn less petrol or diesel whilst on the road.

As an example, let’s look at the national speed limit of 70 miles per hour which applies to all Britain’s motorways. This is a network of roads where it may seem easy to exceed the limits and it can seem at times as if those vehicles in the outside lane are travelling at well in excess of 70mph.

While that increases the danger on the roads, the statistics show that a car travelling at 80 miles per hour will use 10 per cent more fuel than it would if it were sticking to the national speed limit of 70mph. If you are a regular motorway user   a business traveller for example   then the sole act of cutting from 80 to 70 can literally save you hundreds of pounds in fuel costs over the course of the calendar year.

Spain has been at the forefront of unwanted headlines following the Eurozone crisis and it has been forced into measures that the government hope will reduce petrol costs. The country has introduced a nationwide limit of 110 kilometres per hour (68mph) as it actively looks to drive down the fuel consumption of its motorists.

Countries across the globe are thought to be considering Spain’s actions and the potential saving to any nation doesn’t just stop with fuel. If you’ve been unfortunate enough to have been involved in a car accident claim, insurance companies and those across the UK will be forced to pay out for the actions of speeding drivers and all of our premiums increase as a result.

Reducing speed on the motorways and on any of the UK’s roads will keep you safe and save money with proven figures relating to fuel consumption to back this up.

Despite the Spanish move, there are talks that the speed limit on Britain’s motorways will actually be increased to 80 miles per hour in the future. The move is likely to bring law abiding motorists up from 70mph to 80mph, thereby increasing their annual fuel costs.

In addition, the temptation to push beyond a speed limit of 80 will be there and it’s important to remember that the amount of fuel you waste increases the faster you drive.

So if you are looking to fight back in the war on rising fuel costs, keeping your speed down is the most effective way to do just that. Slower driving and steady acceleration will start to have an immediate impact and you’ll notice those savings in a very short space of time.