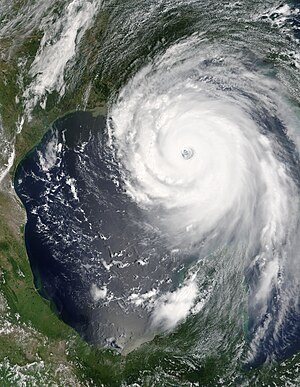 Hurricane Katrina in the Gulf of Mexico near its peak Category 5 intensity (Photo credit: Wikipedia)

Natural disasters have been a terrifying part of human civilization from the beginning of time. The historical record is littered with ice ages, volcanoes, earthquakes, droughts, wildfires, and floods. Today’s global society is no different.

As a planet, we’ve seen an increase in natural disasters and the intensity of them over the past decade. The Japan earthquake and tsunami in 2011 caused billions in damage. Hurricane’s Katrina, Rita, and Sandy crippled parts of the United States. Floods and mudslides cost thousands their homes in India, Afghanistan, and Pakistan. A 2004 earthquake in the Indian Ocean created a tsunami that impacted hundreds of miles of coast land and killed over 300,000 people.

These are but a few of the natural disasters to hit the planet since 2001. As a result of all these natural disasters in highly populated and industrialized areas, insurance premiums have increased. Coastal properties and cities have seen premiums rise significantly as climate change and ice melt raise sea level. Areas where storms are hitting with higher frequency and intensity, such as Boston, New York City, and Washington D.C. are all seeing higher insurance premiums for those in lower lying areas.

Insurance news feeds may not be the most exciting things to read for the majority of the public, but what they are reporting impacts us all. The major stories are how the risks associated with several large areas of growth and human development are rising faster than expected. Expenditures in payouts have cut into profit margins and the ability of some firms to manage their policyholders in the event of a major disaster.

As more disasters continue to strike the globe, the strain on insurance firms will continue to grow. A majority of the world’s population lives along the coast. Continuing rises in ocean levels can create flooding, stronger storms, increased frequency of storms, and other events.

These changes are compounded for insurance firms as more people move into these populated areas. The 2010 census showed nearly 60 percent of Americans live within 100 miles of the coastline. Another 10 percent live along shores of lakes and rivers. These bodies of water can create challenges for insurance firms in assessing the risk accurately as chaotic weather patterns emerge.

The more people insured, the more premiums paid into the system, but that doesn’t always counter the amount of money paid following a disaster. With coverage plans reaching into the several million dollar range, the monthly premiums from all of the clients aren’t enough to pay out for all the disasters during a current year.

Insurance companies are working to find ways to analyze risk better. They are finding ways to cut expensive coverage options from new plans for new policy holders. They are raising prices on premiums for those living in areas most likely to be hit. They are also raising prices, though slightly, on safer zones to help offset potential risks. Insurance companies can see what’s coming down the road and are trying to prepare for it. It’s not a matter of ‘if’ anymore, but ‘when’.