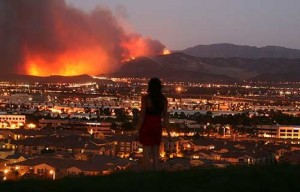 With Valentine’s Day coming up, and it sort of landing on the long President’s Day weekend, I started thinking of cheap weekend getaways in southern California. Eric and I are lovers of the cheap weekend getaway. Especially since we’re DINKs right now (Dual Income, No Kids), we like to take advantage of just picking up and leaving for the weekend on a whim (and leaving our four-legged furry friend with our parents).

San Diego offers an abundance of nightlife, high-end dining, spa-like resorts and casual beach atmosphere. A day can easily be spent in the Old Town State Park, which is considered by most to be the birthplace of California. It doesn’t hurt that the Mexican restaurants serve margaritas the size of your head and freshly-made tortillas. For nightlife, it’s tough to beat the Gas Lamp District, with its plethora of restaurants and bars to choose from. A day at the world-famous San Diego Zoo, Safari Park, or USS Midway Museum is also fun to do.

If you spend a weekend wine tasting in Temecula, you’ll easily feel like you’ve been on vacation for a week. I guess wine has that effect. Temecula is like the much younger sister to the Napa Valley area. You won’t find many wine snobs in Temecula, where the wine tasting can easily be enjoyed by even the most novice of wine tasters. After a full day of wine tasting, you’ll most likely pass out in your room, but if you’re feeling up for it, there is nightlife available in Old Town Temecula, as well as hot air balloon rides, and spa appointments at South Coast Winery.

It’s so easy to overlook the big city of angels itself because you’re probably sick of the smog and traffic. But if you’ve never played tourist before, it’s a great way to spend a weekend. Spend a day at Hollywood and Highland, take a tour of where the stars live, watch a TV taping, and have a drink at a celebrity hotspot, like The Standard or Roosevelt Hotel.

Every southern California native knows about the thrills of Vegas. Try and beat Friday rush hour by taking a half day at work.

Leave the traffic and smog behind by escaping into the wilderness of Big Bear. Go skiing in the winter and hiking in the summer, there’s never a bad time to enjoy the mountains.

To score the best rate, book a package that includes transportation to the island as well as accommodation. This tiny island will make you feel like you’re in southern California’s own little Martha’s Vineyard.

If you’ve done Temecula, try the vineyards of the Santa Ynez Valley, which offers plenty of wineries in Los Olivos and Solvang– an extension of the Santa Barabara wine valley.

This quaint town will offer you some restful days for peace and relaxation. The area has tons of history as well as a lively downtown area to stroll around.