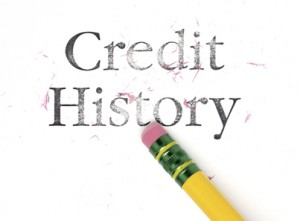 Bankruptcy is a terrible thing, and it leaves a colossal blemish on your credit report for a minimum of seven years. In some cases, the black mark will remain on your record for up to a decade.

Talk about personal finance meltdown. To top things off, the credit crisis still has the U.S. in a vice grip, and more families than ever before have had to file for bankruptcy protection. In fact, according to CBS News, the American Bankruptcy Institute reported that a staggering 1.46 million individuals in the U.S. filed for bankruptcy in 2011.

The good news is that rate fell in 2012 – but it nevertheless remains higher than past years combined. If you’ve been forced to file, it’s important to understand what happens to your creditworthiness after the judge cracks the gavel and absolves you of your debt load. You may be surprised about some of the misconceptions floating around out there.

Believe it or not, even with the black mark of bankruptcy in your file and your credit score in the toilet, you’ll nevertheless begin receiving credit card offers again. Even more surprising: they’ll start pouring in before the ink’s even dry on your discharge papers. Sure, you won’t be getting offers for the best cards on the block – and the proposed interest rates will be astronomical – but you’ll receive them nonetheless.

This is especially true if you opt for the traditional Chapter 7 route. This version of bankruptcy protection wipes every trace of debt from your record (with the exception of student loans and back taxes, of course). Here’s the catch: even though you can file for Chapter 7 as often as you’d like, the law says you must wait at least eight years from the date of your last discharge in order to file again.

The credit card companies know that, and that’s precisely the reason they’re hungry for your business –even after you’ve stiffed them. The companies know that Chapter 7 means you have a nice clean slate – and it’s just itchin’ to rack up more debt. They also know that you won’t be able to escape paying for new charges for the better part of a decade. In short, they’re banking on your bad behavior to continue to manifest in cycles… for life.

Your Credit Score Will Improve

This next one requires that you keep some kind of debt on your credit report. This may be a student loan you’re paying, an auto note for the car you kept out of the proceedings, or a new secured credit card that you opened after your case was dismissed. The goal is to maintain a track record of on-time payments – starting the second your bankruptcy discharge lands on your record.

When all that debt included in your bankruptcy shows up as discharged in your file, all that’ll remain will be the on-time payments you’re currently making on any accounts that are still open. As long as you keep your payments current and stay away from initiating any new credit inquiries, you should see a dramatic boost in your score in as little as a few months after filing.

Don’t despair if you’re one of the millions of Americans who’s been forced to file bankruptcy. There’s still hope for your credit, and the farther away you move from your filing date, the higher your score will climb.