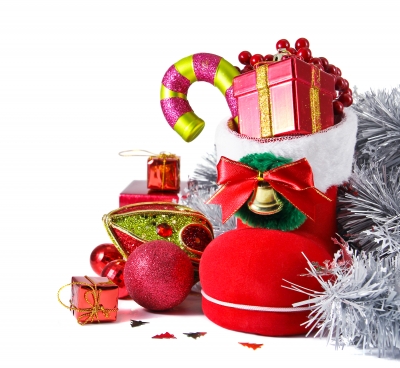 Just recently, I read about the “Four Gift Rule.” I have mentioned it in passing, but now that we are only weeks away from Christmas, I wanted to give it a post all its own.

The four gift rule is based on a simple premise. The holidays in the United States have gotten completely out of control. Everyone talks about it, but no one does anything about it. You can hear lots of parents having a discussion about materialism, saying it’s terrible and out of control, yet they still have piles and piles of gifts under the tree for their children.

I’m not saying that gifts are a bad thing. After all, it’s pretty much the main reason why kids love Christmas so much! It’s just that too many gifts can be a complete waste of money. Too many gifts can be overwhelming and distracting. Kids often discard gifts after just a few weeks of use. I’ve even heard of parents taking toys away only to re-gift them a few months later, and the kids don’t know the difference!

So, why do we feel the need to bombard them with toys? What is it about our culture that has made us value the number of gifts under the tree instead of time with family and friends?

I’ll be exploring these questions over the next few years with my own kids, but for now, I’ll leave you with the four gift rule.

This will probably the #1 toy on their wish list. This is the item they’ve been asking you for every single time you go to Target. This is the toy their friends have, the game console they are always playing at their cousin’s house, or that crazy flying airplane. This is something fun, something filled with holiday spirit. They are going to scream from happiness when they open it.

This doesn’t have to be as practical as a toothbrush, but basically, it’s useful. You can give your adult kids a blender. You can give your little kids a brand new awesome backpack. You could also give your children a tent since they’re so big now, they can’t fit in yours on camping trips anymore. Basically, just because it’s a “need” doesn’t mean it has to be boring!

Everyone enjoys getting some new clothes. This can include awesome, name brand sneakers, that ultra expensive shirt you refused to buy your teenage daughter at the mall, or just some new pajamas. I’m not saying that you have to spend a lot of money on the clothing section of this four gift rule. I’m just trying to illustrate that when you only buy someone 4 gifts instead of 15 gifts, you can afford to spend a little more on high quality items.

In my house, books are a luxury. It’s nice to be able to own one and not have to use it from the library. I hope to foster a love of reading in my kids, as my husband and I are huge bookworms. I would even venture to say that you can buy your kids a whole series instead of picking out just one book for them.

So, what do you think? Would you ever try out the four gift rule?