The UK financial crisis became glaringly evident in 2007. Since that time, the economy has been steadily undermined by the banking sector and thousands of people have suffered financial losses. The problem came to a head in 2008 with the government bailout of RBS Group, Lloyds TBS and HBOS. This multibillion dollar bailout was extremely unpopular with the public and was very clearly the cause of the dreadful austerity measures that followed. Additionally, the bailout apparently did not help. Today, five years later, these banks are losing millions of pounds on a regular basis. 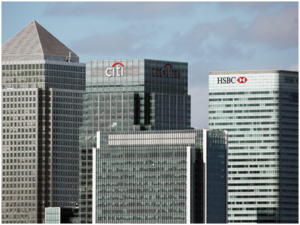 Governments, institutions and individuals are struggling with debt the world over

It seems that everyone in the world is extremely concerned with debt these days. According to the global debt map, the UK is just behind the USA in terms of staggering debt. The government hopes to have UK debt under control in time for the General Election in 2015. Simultaneously, banks that received bailout money are struggling to turn a profit and repay debt.

Both inflation and unemployment are at record levels in the UK and many individuals are sinking deeper and deeper into debt. Households struggle from bill to bill and apply for more and more credit just to make ends meet with financial products such as credit cards, personal loans and payday loans.

What can the banks do to make it better?

A number of banks have attempted to set things to rights with their struggling customers. Many have expressed a willingness to help customers who are drowning in debt due to bank failure.

One example of this growing sentiment on the part of banks is exhibited by Bank of Scotland (BoS), which is a part of the HBOS group. BoS did not fare as badly or earn quite the dreadful reputation of some others (such as RBS) but they had no credit after the crisis. For this reason, many of their customers suffered and are now in need of help. BoS has established a thorough debt management section on its website to help these customers. Lloyd’s TBS is another example of a British bank that is attempting to counsel customers needing debt management services with online information and debt management tools.

While it is certainly nice of these two banks to acknowledge some complicity in their customers’ suffering, simply providing online debt management advice may not prove adequate to the task. In situations in which the bank is actually to blame for the person’s overwhelming debt, it is surely not enough.

Many people who are deeply in debt need and seek professional assistance in navigating the rough waters of debt management. A new service called Payplan.com provides assistance in the form of mediation and assistance in resolving debt disputes. Additionally, the company helps debtors put their situation in perspective. Payplan has created a UK debt map comprised of personal debt level by postcode throughout the UK. This useful tool helps debtors see the debt average in their local area, along with an overview of the number of people in that area who have sought Payplan assistance. This serves the purpose of helping the debtor feel less alone and more confident about taking specific proactive steps to resolve debts.