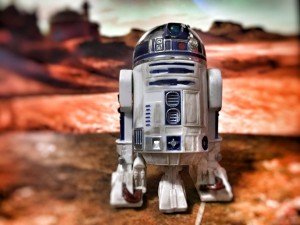 The new king of the mountain of box office sales is, Star Wars.

“Star Wars: The Force Awakens” became the biggest opening in movie history bringing in an estimated $238 million in the U.S. this weekend. The Disney (DIS) film opened in 4,134 theaters. It is the seventh in the “Star Wars” saga, and the first film starring beloved characters like Harrison Ford’s Han Solo and Carrie Fisher’s Princess Leia since 1983’s “Return of the Jedi.”

Thanks to the massive debut of “The Force Awakens” the overall box office for all movies this weekend also broke a record, bringing in over $300 million for the first time in history.