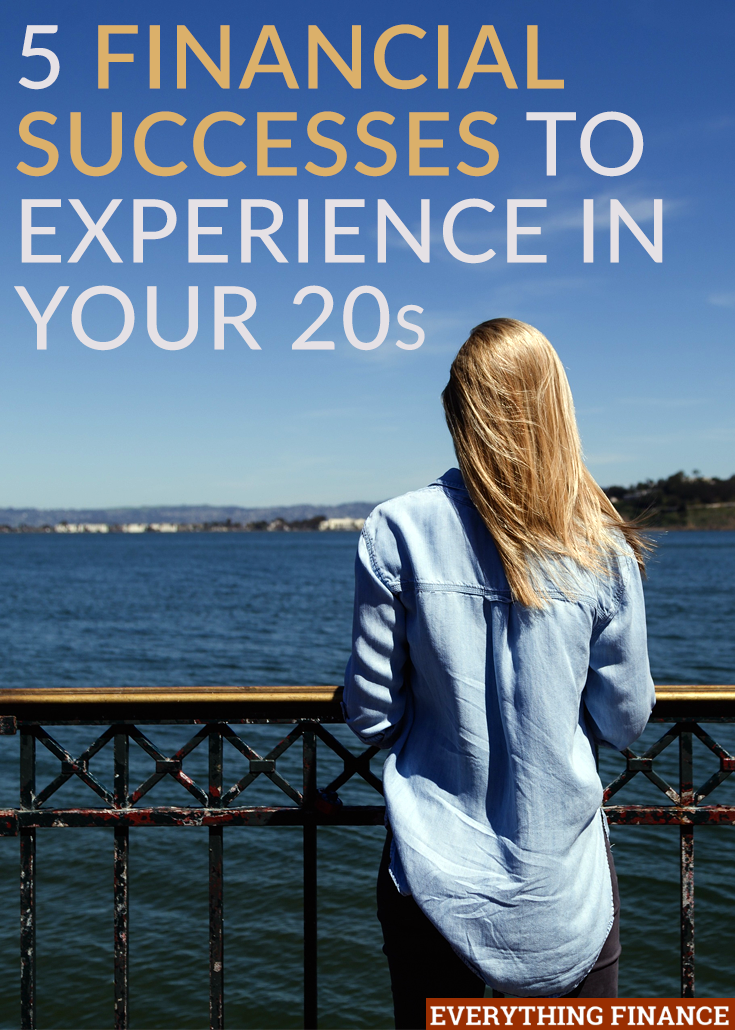 We tend to focus on our mistakes too often.

We dwell on our regrets and spend too much time wondering what we could have done better.

But what about focusing on what we actually did right?

Yes, I made a lot of mistakes in my 20s. But now that I’m in my 30s, I feel confident enough to look back and give myself a pat on the back for doing certain things well.

When it comes to money, here are 5 financial things I actually got right.

1. Started Contributing to my 401K

When I landed my very first full-time job out of college with health insurance, I was making $30K a year. At first, I felt rich because I had never made more than minimum wage before.

I soon realized that after taxes, there was no way I would be able to afford to move out of my parents’ home on $30K a year, especially living in a high cost of living area like Southern California.

However, despite the pittance of a paycheck I received, I still managed to contribute enough to my 401K to receive the full company match. When I left the company a year later, I only had about $3,000 in the account, but less than 8 years later (without contributing a single cent more), that money has grown to $8,000 thanks to the power of compound interest.

2. Moved up in my Career

During the five years that followed college, I changed jobs five times, each time getting a better job and earning more money. Enough so that I was able to more than double my annual salary within these five years.

Too often we get complacent in our jobs and settle for what’s in front of us. But I was constantly on the lookout for better opportunities until I joined a company that I felt confident in that had a lot of promotional opportunity.

3. Paid Off My Student Loans

Graduating with $30K in student loans felt like a big weight on my shoulders. Initially, I was content with making the minimum payment. But I soon realized that if I continued to do so, I would be paying these off for many years.

I decided to get serious and ended up paying them off by the time I turned 29. It took a lot of effort, but having these off my bottom line allowed me to start using our income for savings.

Becoming committed to being debt free allowed us to save more than $50K in a year in order to purchase a house.

If we hadn’t paid off our debt and our student loans, we wouldn’t have been able to save as fast as we did. It was vitally important to get rid of our debt so that we could accomplish the life goals we had set for ourselves.

Despite being committed to paying off our debt and student loans, my husband and I were also committed to enjoying ourselves before we had children.

Throughout our debt payoff journey, we also managed to travel frequently. We paid for travel in cash—and while it may have extended our debt repayment journey, it was important for us to take advantage of the few child-free years we had before we settled down.

Now in our 30s, we have our house, we still vacation annually, we have our first son, and we both have financially stable careers. I’m very proud of how far we’ve come. And even though we made a lot of financial mistakes in our 20s, we still did a lot right—and for that, I’m proud and happy.