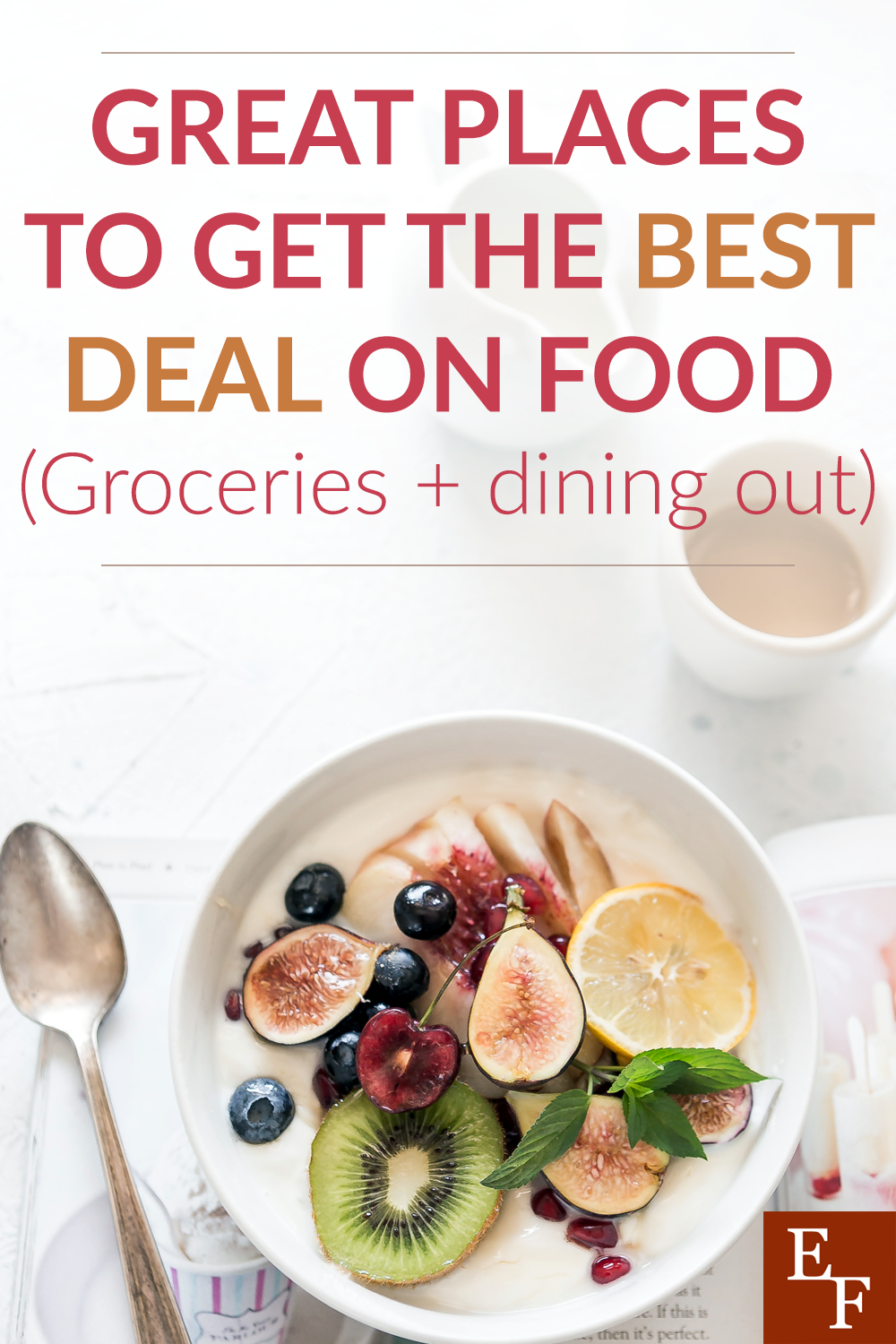 With food costs only getting higher, how much we end up spending on food takes up a lot of our budget. We like to eat good, healthy food also, so that can cost even more sometimes. But, healthy food doesn’t always have to cost more. Luckily, there are quite a few places to get a great deal on food, which helps keep our food budget low.

First and foremost when on the hunt for good deals on food is always the grocery store. A lot of grocery stores have deals weekly on tons of products, but that doesn’t mean those products are actually good for you. And when you consistently eat food that has sub-par quality, your health will suffer. Which then increases your health care bills, possibly your health insurance too, and reduces your quality of life. Nobody wants that! So keeping your diet full of healthy foods can only benefit you greatly, both in quality of life and your wallet.

Therefore, look for grocery stores that specialize in more local products and/or products from other countries. Since other countries usually have better quality standards with their food than we do (sadly!), it would benefit you to look for those items. Also, these items tend to cost less a lot of the time too.

Some of the grocery stores that can get you a good deal on food are:

Start with these if you can find them. But don’t forget to look for your smaller, independent grocery stores that specialize in specific cuisine. In fact, I get my rice from a local Asian market at a fraction of what I pay for it at any of these stores. And they have a much larger selection, including red, pink, purple, Jade Pearl and black rice. If that isn’t a reason to check out your smaller stores, then I don’t know what is!

Some of the best deals at chain restaurants are:

However, finding restaurants that serve really great food and get a good deal can be trickier. The best ways we have found to do it are to try the smaller local independent restaurants. Sometimes they will offer you a deal just to try their restaurant. Other times, the food you are getting is of much greater quality and is authentic, which you don’t really get at the chain restaurants. Quite a few of the independent restaurants that are off the beaten path will have even better pricing also. So don’t be afraid to look outside your normal comfort zone to see what you may have been missing near you.

It's pretty easy to find restaurant deals and coupons these days. We can help! Click To Tweet

There are a ton of websites to find deals on restaurants and food these days. Most of these sites make looking for coupons so much easier than the old school days of clipping coupons or waiting for them to show up in your mailbox.

But which sites usually have the best deals? Well, we asked the same question and here is what we found:

Overall, there are a lot of great places that you can find  a good deal on food. But it’s always best to start with the grocery stores since those will ultimately cost you less. When you do want to go out to eat, there are a ton of options that don’t have to cost an arm and a leg. And don’t forget to check out the deal websites to stretch your money even further!

Where have you found some of the best deals on food to be?